Disney Theme Park To Costa Rica? Not So Much

Costa Rica News – The mayor of Liberia, Luis Gerardo Castañeda,opened a huge can of worms this morning when he stated that Disney would be building the their first theme park in Costa Rica.  Although this excited the Costa Rican public Disney itself was not so thrilled about the announcement and basically said that the Mayor was not telling the truth. 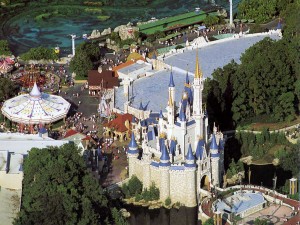 The mayor confirmed that the Disney Corporation acquired land on which they intend to build a theme park in Llano Grande in Liberia.

The Mayor said that Liberian coordinated with Disney, to begin defining how engineers and professionals provide the Municipality for the process. Luis Gerardo Diaz fears no problem and ensured that his staff will work overtime to process permits and studies required for construction.

He also stressed that the future park could attract not only employment for Guanacaste, but much more tourism from neighboring countries who will choose Costa Rica, instead of traveling to Disney headquarters in the United States.

He also stated that there is the possibility that Disney can start work early next year on the project.

Disney on the other hand has refuted these claims saying that they know nothing of this plan.

The press officer for Disney Parks in Florida, Sarah Domenech, said “What I can say right now is that the news is completely false.”

“At Walt Disney Parks and Resorts, we continually look for ways to grow our business and as part of that process, we have conversations with many different entities. While Costa Rica is an attractive market, we have no plans for the region at this time,” the statement said.

Asked if had negotiations with Grupo Do It and its subsidiary Sun Ranch Limited, Domenech said she did not have any information regarding that.

Now we have to wonder what the truth is.  As it is with most things everywhere in the world there is one side, there is the other side, and then there is the truth hidden somewhere in between.

I would tend to think that Disney is probably thinking of setting up shop in Costa Rica but wants to do the press release and announcement on their own terms and in their own time.

This gives them the ability to acquire as much land s they will need to complete this project with out speculative real estate prices taking a chuck out of their investment capital.

This is the same for most businesses, they want to protect their marketing launch until they have ironed out all the details required to get the project going in full force and with as few hiccups as possible.

I guess time will tell on whether or not this Disney theme park will come to fruition, but as for now…..the answer is not right now.

Does CR Immigration Have Their Own Rules?

There Are Many Forms of Play