Deanna Jaxine Stinson Out of Body Experience in Urduk, Bosnia

With astral projection, the subject leaves his or her material body, is able to look back at his or her physical form and float off to other places in the world and even in the universe. The subject is having an OBE (Out-of-Body Experience). The astral body is considered to be your soul or your consciousness. The astral body is connected to the physical body by a silver cord or an esoteric umbilical cord. Before leaving the body, a crackling noise is heard. When I was at Fort Hood, Texas laying on my bunk, I heard a crackling noise and felt my astral body leaving my physical body. I was so scared, I went back into my physical body. Deanna is a psychic and astral projecting is just one of the things that she experiences. Below is a recent OBE that she experienced.

Deanna has an OBE and found herself in Urduk, Bosnia. The date was 9/25/2018. What is unusual about this astral jump, is that she may have went back in time. Deanna knew nothing of this village named Urduk and knows nothing of Bosnia. Even though I am a world traveler, I don’t know much about Bosnia either and would not be a good candidate to extract information from about this country from the top of my head. What I know about Urduk through my research is the following: Urduk is a village in the municipality of Hadžići, Bosnia and Herzegovina. It appears the Celtic migration in the 4th century BC dominated the history books and in Deanna’s dream or astral projection she sees a Celtic group wearing plaid kilts, leather bags and wolf skin robes. This is how Deanna describes the dream:

“There is a deep hole in a muddy terrain. It is an overturned bunker of some sort. It remains on its side. The paint inside is cream colored and the floors and walls are of some material such as hardened mud. Special Note: Talking with Deanna and with more elaboration, she describes what appears to be wooden huts near watermills (that causes the muddy terrains) and 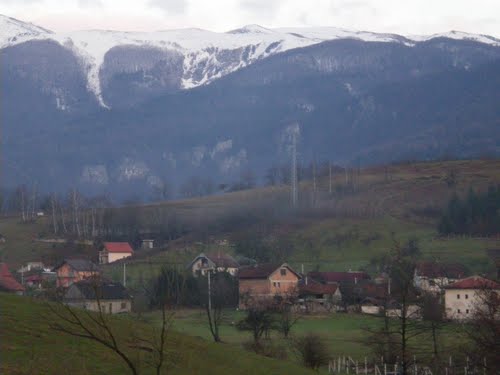 huts can be seen like that at Pliva Lake in Jajce, Bosnia.

Even though I am in common clothing, of jeans and a t-shirt, it still seems to be a military or government overtone to this situation. There is a dark skinned man that is crawling on the walls and he heads over my way. Special Note: During the time that Bosnia was conquered by the Ottoman Empire – relationships were established with Ottoman men and Bosnia women. Their offspring would usually have a dark complexion. He has some sort of slime putty in his hand which he spreads out to reveal text, from a newspaper imprint. The words are unfamiliar to me. He says to me he is staying in what he calls a prison and I open the door, which is on the top of the structure and climb out. Special Note: Talking with Deanna further, she describes

When I get out, I am greeted by many village people. They seem to be a Celtic group, as they portray messages to me of visions and patterns of plaid kilts, leather bags and furry robes with wolf skins.” Special Note: Deanna could be time jumping in this dream, from the time the Celtics went into Bosnia to more modern times. This dream was very realistic to Deanna and very vivid.

They look so happy and intrigued to see me. They send a person to go get a man that they call Urduth to see me. I can hear them speaking that this man wants to marry me. I see him coming from over a bridge and walkways of thatched circular houses made of straws and mud, sitting in the water.

He takes my hand but, then he falls over on his side. He is a very large and an obese man. He is very strong though, in his size. He wears a deep red, black and forest green plaid kilt with a black leather cross body bag, with white rabbit furs dangling over the silver chain with embellishments on the flap. He has a long blond beard and reddish blonde hair with brown eyes.

I try my best to help him up and he speaks the words that I need to meet Urth, who is a goddess. He finally gains his composure and guides me back down to the bunker that I arrived with. He wishes me all the best and says that our words will crossover in time.

In my discussion with Deanna, she went into detail about the landscape and everything she described sounded like she was talking about Bosnia. While in this dream state of astral projection experience, the villagers mentioned to her that she was in Urduk, Bosnia. It also appears that she saw other parts of Bosnia, like the watermills mentioned in this article.

Some history of Bosnia. With my research I learn that since the Neolithic Age – Bosnia has been around. The Neolithic population became known in the Antiquity as the Illyrians. Celtic migrations started in the 4th Century BC. It appears that Bosnia was inhabited by a great number of people, but the Celtic population during early times was dominant. There was war squirmishes between the Illyrians and Romans. The battles began as far back as 229 BC. Now from Wikipedia: “It was precisely in modern-day Bosnia and Herzegovina that Rome fought one of the most difficult battles in its history since the Punic Wars, as described by the Roman historian Suetonius. This was the Roman campaign against Illyricum, known as 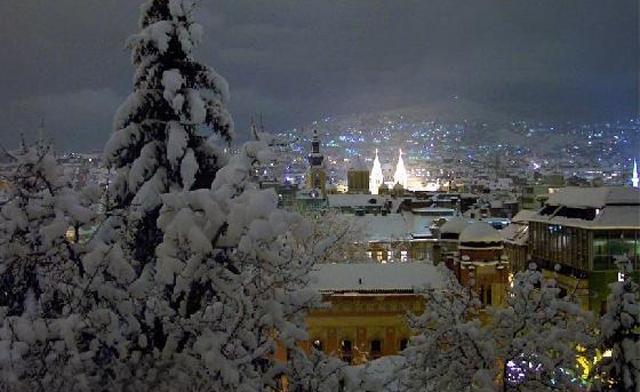 Bellum Batonianum. The conflict arose after an attempt to recruit Illyrians, and a revolt spanned for four years (6–9 AD), after which they were subdued. In the Roman period, Latin-speaking settlers from the entire Roman Empire settled among the Illyrians, and Roman soldiers were encouraged to retire in the region. Following the split of the Empire between 337 and 395 AD, Dalmatia and Pannonia became parts of the Western Roman Empire. Some claim that the region was conquered by the Ostrogoths in 455 AD. It subsequently changed hands between the Alans and the Huns. By the 6th century, Emperor Justinian had reconquered the area for the Byzantine Empire. Slavs overwhelmed the Balkans in the 6th and 7th centuries. Illyrian cultural traits were adopted by the South Slavs, as evidenced in certain customs and traditions.”

The Ottoman conquest of Bosnia marked a new era in the country’s history and introduced drastic changes in the political and cultural landscape. Special Note: Possibly the dark skinned man in Deanna’s astral jump may had Turkish blood and was part of the Ottoman Empire?

BOSNIA’S MOST HAUNTED HOUSE
Bosnia has many ghosts and here is a ghost story close to the village of Urduk, Bosnia: The person writing the story lives in Bosnia and Herzegovina. He says that Bosnia is a small country in the Balkan Peninsula. He describes himself as a Muslim and says that most people from Bosnia do not believe in ghosts, but with this story they do. The story about the most haunted house in Bosnia and Herzegovina. The house has been around since the 19th Century and is located at Todorovo, BiH. The house has been around since the Ottoman Empire controlled these lands. The Ottomans came to Todorovo with the idea of building a school. Legend had it that where the school was going to be built, a medieval cemetery was once noticeable there. The cemetery tombstones were now buried and there is no trace of a cemetery at that location. The Ottoman soldiers that were going to build their school on this land vanished, there was no trace of the soldiers, the only thing left were their tents. A house was built on this land and that house became the most haunted house in Bosnia. Austrian and Hungarian soldiers heard the rumors of the haunting and burned the house to the ground. Later on, a 2nd house was built and there was a new owner of this house and the land surround this house. The house was used later after the Bosnian War and was temporarily a prison and many prisoners were tortured in this house and brutally killed. The house still stands and crying is heard, wailing and screams resonate outside of the house. Electronic devices will malfunction near the house. Numerous apparitions are seen in and around the house. The house has been empty for 25 years and people that witness the paranormal at this home are terrified and will never return to the house.

With a series of images and Deanna not knowing the places the images were of, the only images that Deanna picked were images showing areas of Bosnia. With this astral jump, a voice in her head kept repeating Urduk, Bosnia. As you can see Bosnia is an old country with plenty of history. With that history there a smorgasbord of paranormal activity that ranges from ghosts to UFOs to cryptids. A couple of cryptids that reside in Bosnia are the following:

BEAST OF BOSNIA
Former soccer player and trainer Damir Bradarac ran this creature down with his car. Damir brought the strange looking creature to the authorities and to some biologists. The biologists were dumbfounded and had no idea what kind of creature Damir brought to their lab. It is rumored that the Beast of Bosnia is a cousin to the Chupacabra. This creature was 21 inches in length, had amphibious palms, five fingers, flat head, long neck and long legs possibly for jumping.

DREKAVAC
Possibly another cousin of the Chupacabra. Legend had it, that this creature goes after unbaptized children’s souls. It makes a horrifying yell. The creature’s ribs show and may have a body of a canine. It usually has a large monstrous head.

Besides cryptids and ghosts, there are UFO reports in Bosnia.  Here is an interesting one.  Sphere UFOs fly over Bosnia – April 2016.  Enjoy the youtube video:  www.youtube.com/watch?v=Qrz2RFZZ5Ws

To conclude this article, Deanna woke up with a start and started talking about this OBE and kept describing the landscape of this country.  It was like she was actually there physically.  With the images she was presented with, the landscape favors Bosnia.  Also the villagers and the voices she heard told her she was in Urduk, Bosnia.  This is one for our HPI files.