A select group of Costa Ricans use very high priced marijuana that has a  high-powered hallucinogen. This weed is produced here in by hydroponic cultivation.  These people may have be supplied by one of 14 laboratories that have been destroyed police, since last year, in homes where there was a variety of herb known as creepy . How much of the confiscated herb was then use for person use or sale by the police is still undetermined. 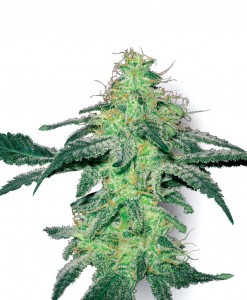 This plant grows in artificial indoor environments, with temperature, lighting and nutrients controlled.

The authorities note that this form of cultivation enables the plant possesses concentrations between 25% and 30% of a psychoactive substance called THC (tetrahydrocannabinol).

Toxicologists Forensic Science Laboratory explained that the higher concentration of THC, the hallucinogenic effect and relaxation in the body will be stronger with less.

In the case of marijuana grown in the open in mountainous areas, it normally contains less than 1% THC. The Colombian marijuana can have up to 8% of the substance and Jamaica, 12%.

Allan Solano, director of the Drug Control Police (PCD), said that there is no evidence that creepy is being exported.

He noted that the product is consumed here by groups of middle and upper class citizens. These include professionals and students from private schools.

In terms of its effects, toxicologists warn that this drug developed can cause more psychological addiction than physical.

After consumed by the person, the THC in the plant is transported by blood to the brain and the effects are the marijuana sharpens the senses, reduces stress, increases appetite and depresses the central nervous system.

The experts add that the marijuana cigarette smoke has more cancer substances than snuff.

The first patch of hydroponic marijuana was dismantled by police in 2003 in San Pedro de Montes de Oca, when they arrested a Canadian named Jake Nort.

Since 2009, the illegal activity began to take hold. To date a total 21 operations have been shut down in which they have seized 9,032 hydroponic marijuana plants. Most of which probably was then either consumed or resold by the police.

Just make the stuff legal. All this about busting grower and user. In my day it was Mexican gold, Thia stick, green bud, Colombian and Jamaica man! a lid for $10 bucks and very weak. Now High red, creepy and white Russian and prices out of this world. However the grower has to be careful. High price to pay if caught. WOW is it good.