Costa Rica News – The scammers and fraudsters continue to set up shop in Costa Rica.  He of course was not taken down by breaking laws in Costa Rica……it was his home country that is pressing criminal charges. 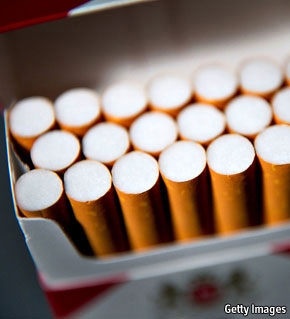 A Czech citizen, Karpjak Martin, age 38, is facing extradition from Costa Rica on the basis of being wanted for fraud. The extradition process will be managed by his own country, which is requiring it.

He is facing a criminal trial in the Czech Republic for customs tax fraud, related to cigarette smuggling.

The arrest was made on Tuesday. At the time of the arrest, he had 34,000 illegal cigarettes. The Criminal Court of San Jose confirmed that they set his detention time to two months, during which time his nation will extradite him.

He is in Costa Rica illegally, his only legal paperwork being a refugee claim which was denied. There are no other documents in process for legalization. He has only left the country once in the last 15 years.

It appears he is married to a Costa Rican, named Quesada. The marriage took place in 2006, but he has not done the paperwork for legal residency here.

He’s listed in the National Registry as the president of two companies, one of which owns 19 vehicles which have liens.