Neuroscientists and cutting edge computer developers are in the early stages of building a “bridge between flesh and chip.” Chillingly, promoters speak of a “brave new world” of thought-controlled machines–in the opposite way that Aldous Huxley used the phrase! Just what are the implications of directly linking the brain with the computer? 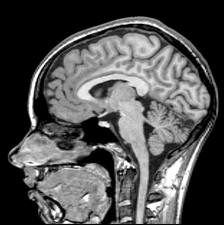 Not surprisingly, much of the funding for the technology of “brain actuated control” is coming from the Defense Department. The US government, in its desire to maintain absolute military superiority, is concerned about the load that existing technologies are putting on its fighter pilots. Technologies are being developed that would enable pilots to choose weapon systems by merely thinking about them. And ‘pilots’ who have never been in a cockpit already fly their bombing missions from the ground using drones, without risking precious American lives.

Giving the priority to killing without risking being killed, rather than enabling a paraplegic to directly control machines with his or her mind is a superlative example of how science and intelligence are two completely distinct things. But the problem goes way beyond the prevailing military and pernicious market mentality.

Indeed, the problem is not science and technology at all, but the lack of insight and wisdom in the use of developments that are coming online faster than anyone could have imagined even a few years ago. At a deeper level, technologies that “unlock the secrets of the mind to harness its power directly, and create thought-controlled machines” raise urgent, fundamental questions about the human mind, and what it means to be a human being.

“Brain actuated control,” or, in plain English, a direct link between thought and machine, presents the possibility of either freeing the human mind, or enslaving it completely. The trends in both history and present society do not bode well for the first prospect, that of human freedom. As things are going, the mental control of machines means a growing cognitive dependency on them, with a growing control of the minds of the masses by the few.

There is a real and present danger to the essential unity of the brain, and to its capacity for insight, arising from the healthy and balanced functioning of all of its senses and systems together. By thoughtlessly welding the brain to the computer, we will lose inner potentialities that we are only beginning to discover. The brain has capacities few as yet know and haven’t explored much less understood. Therefore caution and questioning are the order of the day. 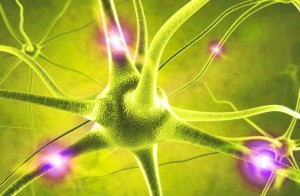 physical boundaries of the skull. However, such things as direct influence on machines (look Ma, no wires!), telepathy, clairvoyance, remote sensing, etc., though they are being shown to exist scientifically (the CIA has employed the latter), aren’t important in themselves. What is essential is the brain’s potential for insight, which is the foundation of wisdom and understanding. That capacity is completely distinct from thought.

Because of its power to remove components from nature (which was undivided before man), and manipulate ‘things’ (now at even the molecular level) at will, humans strongly tend to glorify thought. Indeed, many people have a subconscious attitude of idolatry toward ‘higher thought.’ The current fascination with all manner of technological gadgets is a symptom of overvaluing the human mind and its products. In truth, there is nothing more boring than technology for technology’s sake.

What will happen when we’re able to directly control machines with our thoughts? Without invoking the customary fear of being controlled by machines, how would a direct interface with computers change us? Will humans be reduced to “cyber minds,” a combination of biological and silicon substrate?

Machines are already outpacing us, as anyone knows who feels a moment’s impatience while moving a mouse to an icon across the computer screen. We are already being told, ‘our bodies are getting in the way,’ because a direct brain-eye connection is so much faster than the old brain-hand mode. What is the ostensible solution? Hook the brain up directly to computers by splicing silicon chips with neuronal tissue, and abracadabra, we’re one with our machines!

It is already possible, through electrodes attached to the skull, to directly mentally control robotic arms, simulation programs and video games. Fully wired and with a little biofeedback training, you will merely think which way you want the car or plane to go, for example, and it will happen.

The brain is immeasurably more than thought. Thought controlled machines have their place, but too close a link with the computer, and the brain’s nearly untapped potential for insight will atrophy, and be lost forever.

Suspension For Making Gun Out Of Legos?