Una Noche stars Javier Nuñez Florian and Anailin de la Rua, who disappeared last week in Miami, has resurfaced, and intends to defect to the U.S. The Cuban actors traveled to Miami to attend the Tribeca film festival, but disappeared at the airport. 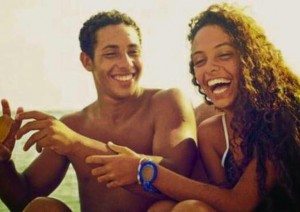 Ironically, their entry to the film festival is about three teenagers trying to escape poverty by defecting and starting a new life in Miami.

The film won three awards in the Tribeca Film festival, including best actor for Javier Nuñez.

Prior to resurfacing, the pair was last seen in their flights stop over before going to New York. Their party, including film producer Sandy Perez Aguila have reported them missing, but authorities stated that they 24 hours should pass before they could an official report could be filed.

Nuñez and de la Rua have made a TV appearance on America TeVe, a Miami-based Spanish language channel, and said that they started considering defection when they were invited to New York. He is hoping to continue to pursue his acting career in the U.S.

Their legal representation plans to file for political asylum, stating that the pair might suffer persecution if they return to Cuba.

Similar incidents of defection have been occurring for the past couple of years. In 2008, seven members of the Cuban Olympic soccer team decided to stay after their game against the U.S. team in Florida. Cuban ballet dancer Rolando Sarabia also defected in 2005.