After five straight years of good news, the high school dropout rate has gone up.  In 2010 at the end of the school year 10.2% of school children dropped out while those enrolled last year did not complete increased to 11.1%. That means 39,032 students, 352,000, left school and are exposed to be condemned to low wages if they do not resume their studies. 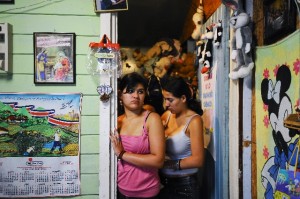 Moreover, this is the highest amount of non-completion of the school year since 2009, according to statistics from the Ministry of Public Education (MEP).

However, in percentage terms, the country is still below what happened in 2006, when schools reported a 13.2% exodus of young people.

The causes of increased high school dropout are unknown, although it is linked to poverty, boring classes and learning difficulties.

Leonardo Garnier, Minister of Education, says that although it is difficult to maintain a downward trend, it is urgent to reverse these figures.

“Logically, an increase of one percentage point, as reflected in data from 2011, is of concern as it breaks the downward trend,” he said.

Most of these centers are nocturnal, whose population has additional problems to study, as they work, are poor and many have children.

“We made a disaggregated analysis, school by school, and what emerges is that there is a group of schools (about 100) that are behind the increase in other schools, both large and smaller ones, maintaining the downward trend in dropout rates, “said Garnier.

That review showed, for example, that in those 100 schools studied 21.1% of schoolchildren, but loaded with 44.8% of those who kept books and notebooks.

In seeking to reverse this, the MEP in December signed an agreement with the European Union to spend ¢ 13,000 million to schools with higher dropout rates.

The money will be spent on improving infrastructure and buy equipment for art and sport and cultural activities and environmental development.

In addition, the MEP will pay close attention to the administrative organization that has the school.

The lack of leadership or time for teachers to motivate students can affect the abandonment of the classroom.

For example, the Evening College of Bagaces, Guanacaste, only has three years of existence, but had a drop of 43%.

In that school do not even have a director, although in the first six months of the MEP appointed three people: two resigned and one even showed up for work.