The Costa Rican government negotiated three new open skies agreements and revised a forth existing agreement, which would allow the opening of direct flights from Costa Rica without restriction to those destinations. 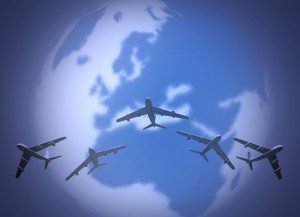 These agreements being put in place will increase travel to these worldwide destinations.

The agreements are with Cathar, Turkey and China, nations with which Costa Rica had no such agreements, as well as the Civil Aviation Authority renegotiated an existing agreement with the Netherlands, said Luis Carlos Araya, Deputy Air Transport.

These agreements will allow TACA (Lacsa through registered as a national flag airline) fly to these countries without restriction or passenger frequencies. For now, the airline has no flights to those destinations.

In China, the talks began in February this year, with Turkey, began a month later.

In the case of the Netherlands, Costa Rica signed an agreement in 1994 (ratified in 1999), but those responsible for the agreement wanted to extend the benefits and, for that, have been in discussions on the issue since June last year.

“Our commitment is to continue to promote strategic alliances commercial air, as in the case of new negotiations that the Civil Aviation Technical Council have done to attract new airlines,” said Araya.

Costa Rica has other open skies agreements, including the United States signed in 1997 and formalized in 1999.There are also those with Belgium, Brazil, Canada, Chile, Colombia and the United Arab Emirates.