Costa Rica Sports News – The eyes of and hearts of every person in Costa Rica were glued to the television today as they tried to continue their Cinderella surprising run in the 2014 World Cup in Brazil. they had already made history by achieving their first appearance in the World Cup Quarterfinals but the question remained would they be able to advance to the semifinals and declare themselves as one of the top 4 teams in the world. 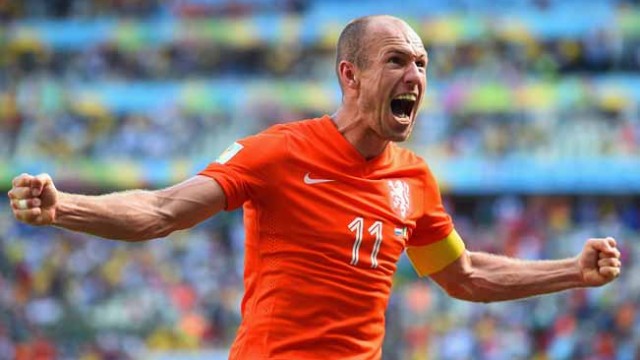 The team in front of them posed as their greatest challenge of this years World Cup. The Netherlands were the 2010 World Cup runners-up and had already gotten their revenge on Spain beating them 5 to 1 in their opening group stage game.  Although the penalty kick call can be questioned in the Mexico game they had not lost or tied in this years World Cup, winning each of their matches.

The first half proved to be a felling out period for both teams feeling each other out. The Netherlands dominated on time of possession holding the ball 68% of the time and out-shot Costa Rica 4  to 1.  Although at times Costa Rica looked to be the inferior team, great play by goalie Keylor Navas kept the match even at half time 0 – 0.

The second half began with Costa Rica coming out a little looser, during the first half “Los Ticos” seemed a bit tight and nervous. Although both teams wanted to attack the defenses held true to their tough form, allowing very few scoring chances.

Later in the half Holland had a couple of very good scoring chances. Wesley Sneijder (Netherlands) hit the left post with a right footed shot from outside the box from a direct free kick. Then Robin van Persie (Netherlands) hit a right footed shot from the right side of the box which was saved by a Costa Rican defender standing in the goal mouth. Each time the ball remained out of the goal and Costa Rica held on to end it to overtime. 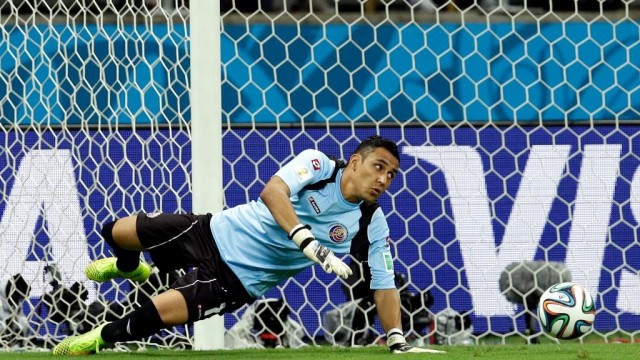 defense led by Keylor Navas remained tough, not allowing a ball to slip through. At the end of the first overtime the score remained tied and it would all be decided in the net 15 minutes or it would head into penalty kicks.

In Costa Rica you could feel the tension in the air.  No team had ever come this far and they did not want the dream to end on this Saturday in Brazil. It was get check time for both teams, which would find the energy to push that first ball into the net. On every social media the suspense and excitement could be seen as post after post revealed the excitement level of an entire county. The last seconds of extra time wound down and Costa Rica was headed to their second straight game that would be decided by penalty kicks.

After 120 minutes of soccer it would all be decided by penalty kicks. No refs would decide the outcome. It came down to a one on one battle between the teams best shooters and their goalies.  Could Costa Rica’s World Cup dream continue or would the Nethlerlands be again moving onto the World Cup semi-finals?  The county of Costa Rica was ready to explode if they could pull of this win…….

Round 2 – Bryan Ruiz for Costa Rica – Blocked, Robben for Holland – Goal, 2 to 1 Holland

Round 3 – Giancarlo González  for Costa Rica -Goal, Sneijder for Holland – Goal, 3 to 2 Holland

Round 4 – Cristian Bolanos for Costa Rica – Goal, Kuyt for Holland – Goal, 4 to 3 Holland

Holland wins 4 to 3 in penalty kicks

Costa Rica’s improbable run during the World Cup had come to an end, but not without gaining the respect of the world while defeating some of the best teams on the biggest stage possible.  Holland had to fight with everything they had in them for 120 minutes to move on in this tournament. Costa Rica can come home with their heads held high and to the support of a country which they brought so much joy to during this World Cup in Brazil.