Costa Rica News – This Tuesday, the Turrialba volcano was erupting every hour, on average. 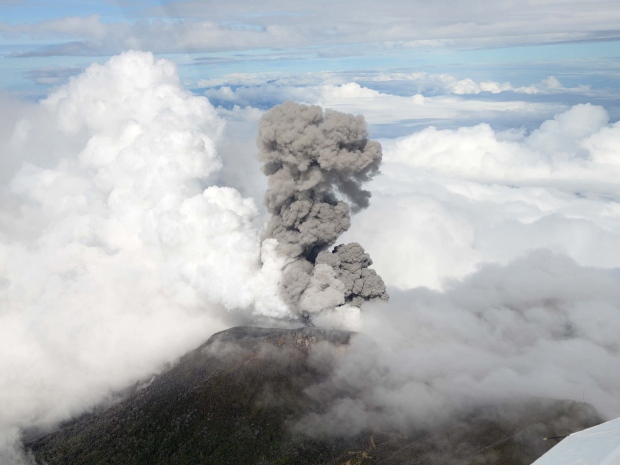 The Volcanological and Seismological Observatory of Costa Rica (OVSICORI) and the National Seismological Network were reporting on the activity.

The eruptions did not exceed 500 meters in height and each was short-lived. At 8:25 an eruption lasted seven minutes. This was the main event but smaller eruptions were recorded starting Friday and going through Tuesday.

Because of low wind speed and the small size of the episodes the Central Valley has not been affected.

Cameras detected a mix of gases, ash and fragments of heated rocks. There is currently a yellow alert near the crater.

A total of 26 eruptive episodes were recorded over the weekend, along with earthquakes.

There is no known evidence of decline but scientists stress that it is hard to predict what will happen. The activity is expected to continue.