Costa Rica News – Since March 2012, the owners of the airport in Tamarindo were warned about hazards that would eventually cause lots of trouble. They did nothing and now are faced with a closed airfield. 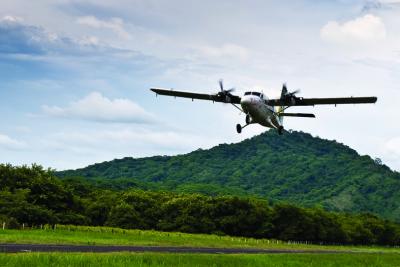 The problems are many and include an impaired layer of asphalt, overgrown trees near the track, defects in the wind direction indicators,  and gaps in the parking area for aircraft.

This is a major tourist destination and a usually busy airport, so there is pressure to reopen. Passengers are currently being flown into Liberia and then transported by land to Tamarindo.

The airport being closed has affected hotels, restaurants and stores in Tamarindo. Some have had to let employees go because of lack of business. Before the closing, there were four daily flights to Tamarindo.

The Chamber of Tourism in the area offered financial help, but the group in charge, Diria Group, has refused it, saying that they only make $1.5 on each person coming through, not enough to keep the place up.