Costa Rica News – Recope is once again allowed to charge for the costs of its collective agreement in the fuel rates after after a decision by Judges of the Constitutional Chamber. 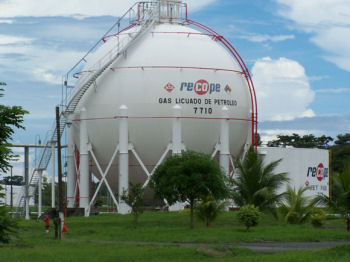 Supposedly this makes sense as selling fuel is how the company makes money and its workers are entitled to the benefit of a collective agreement.

ARESEP had decided in 2015 to reject this type of expenses in Recope’s budget because of the argument that the public was paying for a service that only benefited a select few people. This to me makes sense.

The benefits in question were related to health services, savings funds, loans, security, administration, supplies for receptions, and scholarships for children of workers, recreation and restaurant service, among others.

The court, however, pointed out that ARESEP does not have the power to change labor agreements. It has been ruled that this type of convention can only be done in a court, otherwise it is unconstitutional.

I understand that if this corporation was not a monopoly and did not have a direct effect on every other business in the country because of fuel costs being higher due to these expenses that they would not be able to control it, but now the consumer and people of Costa Rica will have to pay for RECOPE’s inability to run a business.  All excess costs can just be passed on to everyone filling up and the pump, which will in turn increase transportation costs, which will in turn increase the costs of items at the local the stores…..the list goes on and on.

RECOPE is government owned and the government obviously wants what most governments want, a poor and uneducated population that is dependent on it.

Expect the cost of gasoline to go up shortly as the expenses mentioned above were about $9.2 Million when they were rejected in August of 2015.

Woman Wakes Up with Toucan in Her Bed; Only in Costa Rica! (Video)