Costa Rica News & Events – They say that “few have seen or heard such a complete and beautiful exposition of Costa Rica” as A Tres Bandas has become. It’s an exhibition describing the musical history of the region, which has been in place in the National Museum, San José, since March. 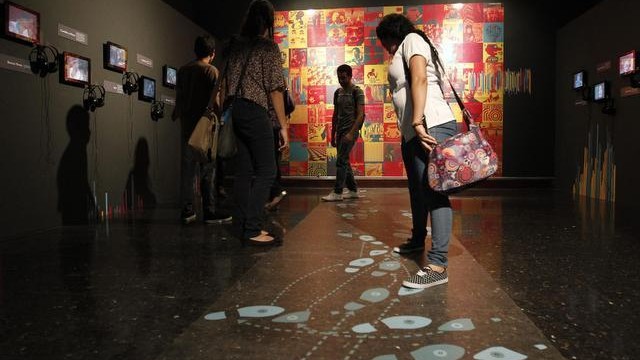 If that assertion isn’t quite enough to entice in those readers who haven’t yet visited the exhibit – which will come to an end this weekend – then perhaps an invitation to Bailando a Tres Bandas will.

This Sunday (31st August), to mark the closing of the exhibit, the Museo Nacional will be transformed into an enormous dance hall for the Bailanda a Tres Bandas piece, which will span from 9am to 2pm, with a programme full of rhythms and harmonies.

Of course, one of the main points of the event is to encourage more visitors to take guided tours around the exhibition. The exhibit itself deals with topics such as the history of the music and art of the region, and considers these from the viewpoints of a range of ethnicities: African, Hispanic and indigenous.

The festivities on Sunday will also include a number of complementary activities, such as swing workshops (which will be ongoing from 9am), performances of Vacua dances (from 10am) by the Compañía Nacional de Danza, and Caleidoscopio latino (from 10.30am) by the La Cuna del Swing company.

Finally, at 11.30am, the more general dancing will begin in the Culture Area, with music provided by the Banda de Conciertos de San José. This section of the event will go on until 2pm.

The Museo Nacional is on the west side of the Plaza de la Democracia and around Central and Second Avenue in San José.

Of Two Minds, Without Duality