Costa Rica Events – Mercedes-Benz Fashion Week (MBFW) Guanacaste has began the countdown. The organization of the prestigious summer event revealed the names of the four Costa Rican designers who will set the fashion trends for the country’s dry season. 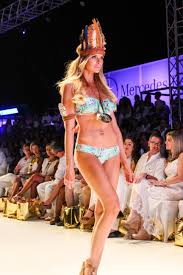 For the third edition of the fashion show, the proposals that will reach the catwalk are Maria Lourdes Castro (from the Guayaberi brand), Fabrizzio Berrocal, Melissa Kopper (Truko Swimwear) and Iciar and Evelyn, who together make up the Carmenta brand.

The selection of the participants was conducted by Karina Salgueron, magazine director of Grupo Nación, Güiselle Meléndez, of the Creative University, Martín Rodríguez, of Véritas, Elizabeth White, fashion coordinator of Fashion Week, and Juan José Durán, art director of the magazine Traffic.

Leonora Jiménez, one of the managers of MBFW Guanacaste, said that the method for choosing the designers varied in relation to the previous two years, the panel of the jury first analyzed the 15 proposals registered. Jiménez explained that they wanted the process to be as transparent as possible and to offer equal opportunities for all designers.

Two jury sessions were held. In the first, none of the jurors knew which designer each proposal belonged to, and ended up choosing seven. A day later, the jurors learned the identity of designers they had picked. The authors of the seven proposals then had to defended their ideas in front of the panel. During the two stages the jury analyzed variables such as conceptualization, details of use of materials, design and innovation.

Once the process was completed, the participants were chosen. The panel of judges should have decided for three designers, however, a tie concluded in an exception and brand was added to the group.

Leonor also mentioned that within the four chosen there are designers with established brands in the market as well as emerging fashionistas and the four presented equally interesting proposals. He emphasized that the best show is yet to come during the 2016 edition of MBFW Guanacaste.