Costa Rica News – For all those smoking a little hydro in Costa Rica one of your main suppliers just got shut down, so expect higher prices. 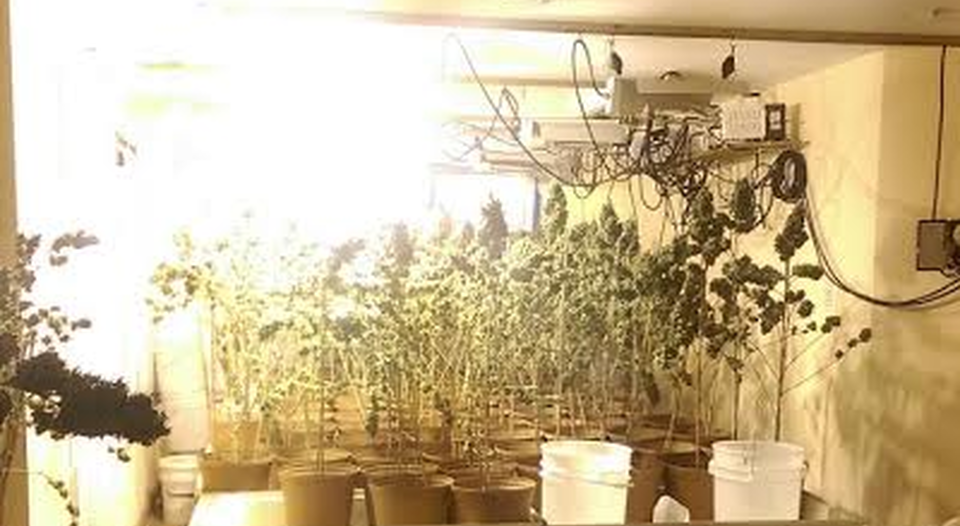 Ever wonder what behind the walls of some of those luxury homes around the Central Valley? In the case one such home in Cariari de Belen, Heredia, authorities found some 3.000 marijuana plants and a dozen bales of marijuana.

The discovery the hydroponic marijuana megalab made during a raid by the Organismo de Investigación Judicial (OIJ) of the home of a 36 year-old Dominican man, identified by his last name, De La Cruz, who is a naturalized Costa Rican.

Pablo Calvo, head of the OIJ Heredia detachment said, the detained man is believed to be the leader of a criminal organization under investigation for the last 11 months, responsible for growing and selling the drugs in the country and shipped abroad.

On the property police also detained a 36 year-old Nicaraguan national identified by his last name Urbina.

The house is a monster home, with eight bedrooms and a pool that was used to dispose of waste from the production process.

“The luxurious home was used as a front, no one would imagine that a house of this level (of luxury) would be used as a lab. In the pool we found chemical residue used in the crops,” said Calvo.

Inside the house police found dozens of bags of fertilizer and chemicals used for the maintenance of the plants.

According to immigration records, De La Cruz arrived first in Costa Rica in September 2005. The Registro Civil (Civil Registry) records indicates that a month later he married a Costa Rican woman to obtain his nationality.

In addition to raiding the luxurious house De La Cruz rented in Heredia, police also raided the house he lives in, in La Garita de Alajuela.

Who Is Ready for 5G Networks?