Costa Rica News – Issa Secaira, 20, stands in front of waist-high stilted beds of onion sprouts and celery shrubs. Issa is using rice husks, coconut fibers and charcoal as a bed for her garden, adding nutrients and water at regular intervals. 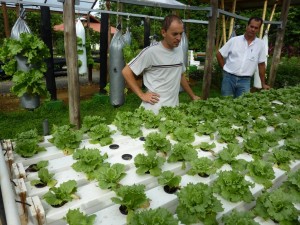 “More and more people are living in cities but their food is produced in rural areas,” she said, explaining that you don’t need soil to grow vegetables; you can use different combinations of waste materials. “Here we are showing how people in cities can grow their own food.”

The peri-urban demonstration farm at EARTH University in Limon, Costa Rica, is just one of a dozen living “labs” where students from more than 30 countries are learning how to grow food and manage natural resources sustainability  More important than the technical skills of soil monitoring and composting, the students are learning to be change makers so they can return to their countries in Latin America, the Caribbean and Africa and lead entrepreneurial initiatives with positive impact.

I was invited to join a group of “Friends of EARTH University” to visit the campuses in Costa Rica. Over two days we learned about the student-centered, experiential learning philosophy of the school that began with a group of Costa Rican leaders and support from USAID. The curriculum is rigorous and the university’s 400 students study subjects like renewable energy and farm management by doing—they use, for example, the biodigester system that powers the kitchen and the banana farm exporting to Whole Foods as their classrooms.

The five-year course load for the agro-engineer degree is taught in four years with no summer break. Classes (all in Spanish, which is intensively taught to foreign students) begins at 6 a.m. and run to 6 p.m. In their “free time” students must also act as responsible entrepreneurs, designing a business from start to finish while demonstrating its positive social and environmental benefits.

For the first 15 years since its founding in 1990, students at EARTH were nearly exclusively from Latin America. 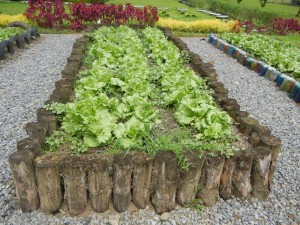 Beginning in 2000, EARTH began meeting demand to expand through the global south to admit promising students from Africa. Sergio Mabasso, a fourth-year student from Mozambique, spent his third-year internship working with an NGO in South Africa, helping them to produce food. In his free time, Sergio built a playground for the kids using old tires—a technique he learned at EARTH. Sergio wants to return to Mozambique and use his skills to help families live better and eat healthier. Sergio shared with me that the Open Society Foundation had supported his scholarship. “My dream,” he said, “is to start a business that helps people and does well so I can pay for someone else to go to EARTH. Someone helped me so I have to help another young person like me.”

EARTH University now has a second campus on Costa Rica’s Pacific Coast focusing on the “dry tropics.” The head of the La Flor campus, Carlos Murillo, is building a cutting-edge approach to bring agriculture into the future. Murillo feels that farming alone will become less and less relevant to the broader population but using technology to manage resources and generate renewable energy is the future for real impact in the space.

The La Flor campus has an inverted approach. Instead of having students live together and work with the surrounding communities, the students there embed themselves in the communities with families and come to the campus to learn new techniques. The campus has plans to hold a state-of-the-art data center to house “the cloud” of leading Costa Rican banks, an industrial park for green businesses and a solar farm to power it all.

Seeding the World with Change

José Zaglul, president of EARTH University, shared with our group some of the resource challenges for growing and expanding such a rigorous program and the desire to inspire and partner with other higher education institutions to promote these skills and values. Having worked with Ashoka for many years, and knowing its powerful network of social entrepreneurs, I recognized a common agenda at EARTH: The university wants to grow the leaders of tomorrow.

“What I am sure of,” said Zaglul, “is that our students will change the world.”