Seems that although Costa Rica wants to implement a lot of laws that are already in effect in the USA, the freedom of information act is being debated in congress in Costa Rica. 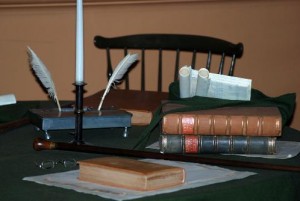 The People’s Defense Attorney announced yesterday afternoon to attend the Constitutional Court, if the dialogue between journalists and government representatives does not end on a positive agreement.

In a press release explains that the People’s Defense Attorney considers that both the text of the previous criminal standard as to take effect have an obvious connection with the constitutional right of access to public information.

“On the issue of press freedom, the People’s Defense Attorney, without doubt, is hoping that there is effective dialogue, as given in these days and see how it will proceed with the Chair and Members to resolve the dispute” said Ofelia Taitelbaum defender Inhabitants.

At the meeting of heads of media last night at the College of Journalists, agreed to draft a text amendment to the law against computer crime and the Criminal Code to eliminate the terms “secret information policies “crime and the penalties defined.

The document will be forwarded to the Executive to be convened in special session of the Legislative Assembly, welcoming the commitment of the Presidency. The journalists acknowledged the intention of the People’s Defense Attorney to go to the Fourth Chamber of not having an agreement. The Institute of Press and Freedom of Expression requested the People’s Defense Attorney to act in this case.