Trending Now
Costa Rican Journalist Awarded Pulitzer Prize
Virgin of the Angels to Protect Costa Rica?
Will Costa Ricans Be Evacuated from Wuhan?
Is Costa Rica’s Irazú Volcano Dangerous?
Cool Winds Expected in Costa Rica For Next...
Teddy Bear Heart
This Font Helps You Remember What You Read
Costa Rican Gives Her Advice About Touring France
New Species of Orchid Named for Costa Rican...
Guy Named Bud Weisser Arrested for Trespassing at...
Home TopicsSports Costa Ricans Ready to Give Their All in the Rio Olympics
SportsUncategorized

Costa Ricans Ready to Give Their All in the Rio Olympics

Costa Rica Sports – Tico athletes are now in Rio, ready to compete in the 2016 Olympics. 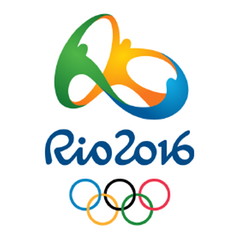 Miguel Murillo is one of them. He says, “I will give the best for Costa Rica.” He won in judo in El Salvador last year, qualifying him to compete in the Olympics. He says that he is very happy and motivated to do his best.

He is the only Tico to compete in the sport. It is a non-traditional discipline but more and more people are starting to practice judo in the country, so Murillo serves as an example to inspire them.

It wasn’t an easy road for Murillo. He, at times, had to deal with little support and miss out on family and social events but he pushed through the difficulties to achieve his goals.

Murillo joins nine other athletes who will compete for Costa Rica in these Olympic Games, that begin in just a few days. We can see them all in the opening ceremony on August 5th.