Costa Ricans have Increased Pessimism About The Future of the Country

Well I thought I would report on a survey which is pretty much stating the obvious with this group in power in Costa Rica.  Their goal is to move away from tourism which is the bread and butter of their economy by passing laws that deter people from coming here or setting up businesses here and do one corrupt thing after another with no consequences. 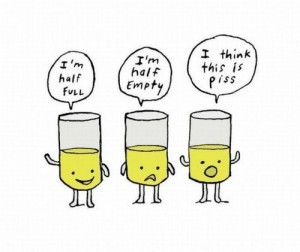 Few Costa Ricans support President Laura Chinchilla and her rhetoric against the national pessimism. The number of citizens with a negative expectation about the future of the country, increased by 33% in just four months, according to the latest survey by Unimer.

60% of the population moved away from the optimistic view that the president has touted in recent weeks and last week emphasized in Nicoya, he uttered: “Every day in the streets of the country I find it more grateful people with God and the homeland that people skeptical and hopeless. ”

The figure for people pessimistic since the survey was fired last April when 45% of respondents expressed their despair at the situation in the country. Now there are 15 percentage points.

Those who think that the situation will be better  represent only 9% after 14% reported four months ago. And those who believed that the future of the country will be “as usual”, went from 41% to 31%.

Unimer survey shows that the most pessimistic men over 40 years, middle class, employed and rural residents in the greater metropolitan area.

Although the government shows positive macroeconomic indicators (GDP growth, exports and revenue collection), household budgets have been affected over the last three months by the increase in interest rates of about 600,000 loans.

Only 3% (just above the margin of error) says that the national economy improvement over the summer of 2011, compared with 67% who calls it “worse” and 30% of respondents consider it “equal” .

The economic downturn is perceived by women (72%) than men (62%). There is also a special emphasis among the middle class

In the field of politics, the last quarter has brought any cases of corruption and lack of planning in the construction of the trail on the northern border, in addition to questioning the ethics of the Minister Leonardo Garnier and Vice President Luis Liberman, who President Chinchilla decided to keep his administration.

Insecurity, however, strains less to the population. Although still occupies the top of the popular concern, now only 27% believe that is the biggest problem the country, a percentage that in June 2011 reached 49%.

Despite criticism from some quarters, Chinchilla holds the optimistic speech against “some want to create an other day in Costa Rica also saying nothing here walking, nothing works, nothing seems to thrive and that we have become in darker people, corrupt and wandering the planet, “as he improvised on Wednesday in Nicoya.

“With those voices that come to affect the national mood, I want to say that every day in the streets of the country, and Guanacaste is no exception, people confirms to me that this is a big lie.”

The reality shows Unimer is another. In addition to increased pessimism, also worsened the perception of the country’s direction. 59% of respondents believe the country is headed in the wrong direction, while 36% believe something even worse, which is the country is about to fail.

Only, 4% rated as “correct” the route that leads the country. This is smaller than the value reported in the six surveys conducted Unimer has since early 2011.

That pushes up the concern of 67% of Costa Ricans, as the sample. There are four percentage points higher than in April and 13 more than in January this year.

Seal Flu ‘A Risk to Humans’

Well, my family and I almost invested $375k into the Costa Rican economy, but not feeling welcome from some locals, being scammed by a real estate agent and being looked at like a peice of meat or a walking ATM machine changed my mind, also the idea of having to leave my investment every 90 days to renew a visa had a role in that. Thank god I did. I am now making way more money investing in the USA. Maybe I will be back on vacation though. Maybe not.