Costa Rica News – Paul Chaplet, of Costa Rica, shot a 2-under 70 this Sunday in the final round of the second annual Latin America Amateur Championship. 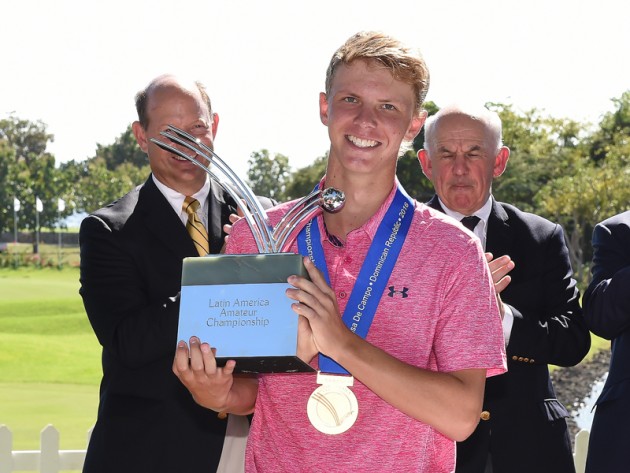 He took the win and additionally earned his place in the Masters, which will take place in April and the British Open.

At age 16, Chaplet is among the youngest golfers. He is the only Costa Rican ever to make it to the Masters. He started golfing at age ten when he accompanied his sister to a lesson and was allowed to try. He soon realized he had gotten the hang of it.

He idolized older Costa Rican players and was thrilled to be able to hold his own against them just a few years later. His goal was to shoot under par and that goal was surpassed when he won.

This April he will appear in the Augusta National. He has also secured spots in the US and British Amateurs and gotten into the final qualifier for the US Open.

In his last year of high school, he is now talking to colleges in the States. He is considering playing golf for San Diego State, Arizona, Minnesota and Sam Houston State.