Costa Rican Gets to Reunite With His Dog in Prison

Costa Rica News – In the juvenile prison in Zurquí in Heredia, a 19 year old prisoner is being held on two counts since September 2014. 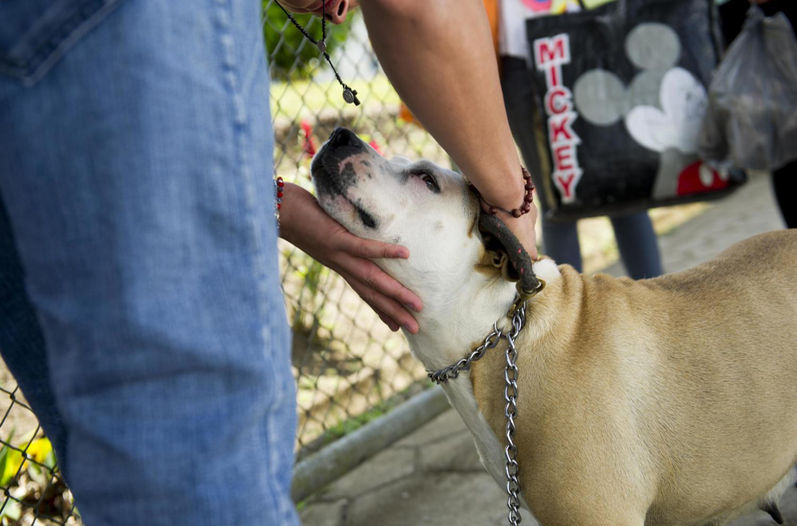 The boy had a touching reunion with his pet dog, Kiara, who had been with him since childhood.

Almost two years had passed without seeing his American Stafford dog, which he used to sleep in the same bed with. His mother, sister and two friends surprised him with the visit.

His mother asked permission to bring the dog, reasoning that the worst that could happen is they say no, and they said yes, based on the inmate’s good behavior. Upon seeing Kiara, he ran to her, hugged her and wept.

The inmate makes calls home and talks to the dog through the phone daily. He also receives photographs of her. After his arrest the dog entered a depression and wouldn’t get out of bed, but when he heard the inmates voice on speakerphone he wagged his tail.

Surely both human and canine will be doing much better after the in-person visit.

The prison’s social worker believes an experience like this can make someone reflect on what they have waiting outside of this hostile environment and open up their emotions and the healing and recovery process.