Costa Rica News – The traditional folklore of Costa Rica will form part of the basis for three International Festivals in Russia, as organised by the company, Inspiraciones Costarricenses. 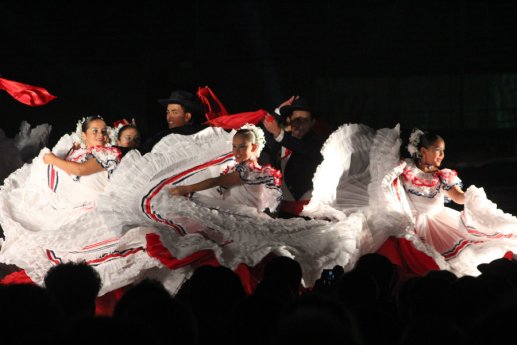 The group, made up of ballerinas, musicians and producers, left yesterday for the Festival. The invitation was extended to them by the Russian Ministry of Culture and the State Body for Folkloric Arts. This is the first time that a Costa Rican folklore group will take the stage over there.

The festivals will be taking place across the cities of Moscow, St. Petersburg and Vladimir. The festivities began on the 1st September and will continue until the 20th.

The group will be performing a mix of dances and music pieces, and they’ll be showing off traditional costumes from San Carlos, Guanacaste and Limón. One of the four parts of their performance will also be dedicated to the Guardia Morada – Costa Rica’s national symbol.

Peter Chinchilla Quesada, director of the group, said that their objective was to put across the essence of Costa Rica, its idiosyncrasy and its joy.