Costa Rica Sports (AP) – The Costa Rican Women’s soccer team bounced back nicely after their loss to the USWNT. 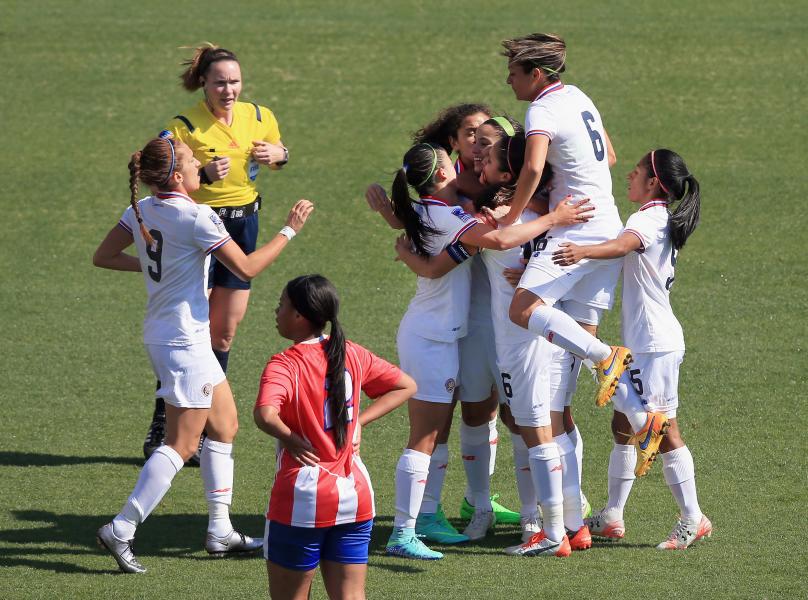 Diana Saenz, Melissa Herrera and substitute Shirley Cruz also scored for Costa Rica, which scored as many goals as the team had collected in 13 previous Olympic qualifying matches. It was Cruz’s first goal for the team since 2004.

Rodriguez, a 2015 MAC Hermann Trophy winner, helped Penn State to the NCAA championship. She was the second overall pick in the National Women’s Soccer League draft earlier this year by Sky Blue FC.

Puerto Rico, which lost 6-0 to Mexico in its opening group match, faces the top-ranked U.S. women’s national team on Monday. Costa Rica lost 5-0 to the United States in its opener. It is Puerto Rico’s first appearance in the Olympic qualification tournament for the North and Central America and Caribbean region.