Costa Rica News – As Thursday night’s publish will be in essence our weekend edition we will give a run down of a few events happening in Costa Rica in different areas that we think our readers might enjoy attending. This is by no means all the weekend events but ones that appeal to our curiosity or excitement bug. 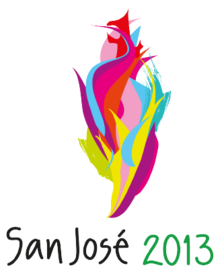 2013 Central American Games – (The Olympics for Central America) – This is a great weekend to see various sports being played at the highest level of competition in Costa Rica.  The venues range from San Jose, to Jaco, to Hermosa, to Cañas. I searched everywhere online for a schedule of events in English and guess what…….there is not one.  So after a little work I have put together the schedule so everyone can see where and when the events are located.  The only thing you have to do is type in the Spanish location into Google to find out where it is.  I hope all those sports fanatics can go out there and cheer for a few of the competitors.

Touring nationally and internationally, with her musical laboratory, Edwards, commands the attention of her listeners, 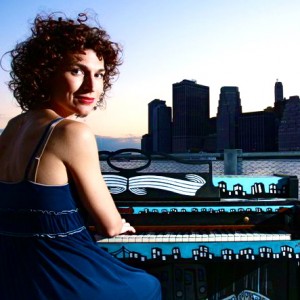 captivating them with her haunting vocals, intricate compositions and songbird melodies. Classically trained in piano, violin and voice since the early age of nine, Edwards’s collection of songs showcases an authentic, dynamic musical concoction that reminds listeners what real talent sounds like. Edwards’ album, Between the Binary, is void of over-produced, “microwaved” compilations delivering a buzz-worthy debut. As for her scientific side, it’s no symbolic play on words.

According to Edwards, “art forms are what exist ‘between the binary’ and act as unarticulated truths, the subtext of the reality. As an artist, it’s important for me to try and catch the pieces of the quizzes in life, sort it together and express the subtext of the situations, in their truest forms, before they’re manipulated and boiled down to binary codings.”  Visit her website for more details: www.melanieedwardslabs.com

For a few years now, Segura has worked mostly with acrylic paint on fabric canvas. He has dedicated himself to creating pieces influenced by contemporary and post-modern artists. Segura’s latest work showcases the merging of diverse methods he has used over the last three years. The colors are inspired by his homeland of Guanacaste, and the works are inspired purely by the painter’s imagination.

If neither of these really catch your fancy, I am actually going to to make it a movie weekend.  I searched to see what is showcasing this weekend and I am actually quite excited about one movie coming out, Oz: The Great And Powerful. 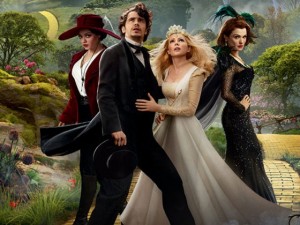 how he became a giant, smoke-billowing head. Before he was the man behind the curtain that you were advised to pay no attention to, he was a two-bit carnival magician, conning audiences out of their money, and women out of their hearts. But then a mysterious tornado whisked him away to the Emerald City and into the middle of a battle between Glinda the Good-Witch (played by Michelle Williams) and the Wicked Witches of the East and West (played Rachel Weisz and Mila Kunis).

For me I think that Mila Kunis is gorgeous and after James Franco’s 127 Hours I became a fan of his dramatic acting. It was a far leap from Pineapple Express. Also I want to see how far Michelle Williams has come from Dawson’s Creek. From what I have heard in reviews she has become a great actress.

Again there is more to do throughout Costa Rica but these are just things that caught my eye as things I would like to do.