Costa Rica New – Might want to pay attention to the Costa Rica water rationing schedule being implemented in February.  Do not want you coming to work smelling like the night before, whatever you may have done. 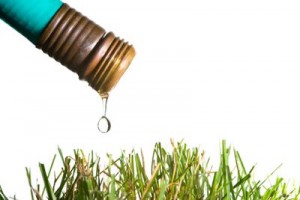 A lack of water so severe that the government has to enforce a water ration is something that we hear about happening in poor countries. Parts of Mexico were forced to shut down schools and close offices last year from this problem.

Here in Costa Rica we have been enjoying the sunny weather, now that rainy season’s over. But then again, what rainy season? For the last two years, rainy season only lasted for about 5 weeks. The rains haven’t been as bad as they were in 2011, when rainy season lasted about 8 months, so we’ve been rejoicing and beachgoing for two years.

Today it rained and I thought, “Wow. I forgot how loud rain is.” While that’s great for my love of being outside and for the tourism industry, it’s not so great for the country as a whole. A country that’s primarily rainforest and farms needs rain.

The Costa Rican Institute of Aqueducts and Sewers (AyA) just reported that 40,000 people will face water-rationing at the start of February. The reasoning behind it is to ensure water availability throughout this year’s dry season.

The rationing will affect areas such as Escazu, Santa Ana, Ciudad Colon, and Alajuelita. The water will be cut off overnight, opened again in the morning until 11 a.m., and then off again until the afternoon. It could begin the second week of February.