Costa Rica News – Costa Rica is going through one of its worst low season in a long time.  This could be caused by many factors the upcoming election in the USA, the world economic crisis, the new Costa Rican laws that put a damper on tourist activities, the environmental destruction Costa Rica is allowing, or something else. Many Tourist businesses are working with a skeleton crew to cry to just make it to December when tourists start flocking across the Costa Rican borders. 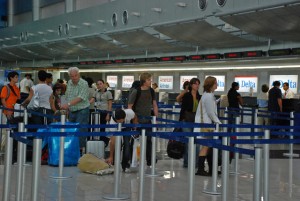 Tourism activity, particularly the hotel industry, is having a very tough season, but hopes to recover in the high season that starts in December.

The tourism differed depending on the area. There was  crisis in La Fortuna and northern Costa Rica where the hotels only had about a 20% occupancy but there was a  “good situation” in the south, where the season is ending with the occupancy levels of over 50%.

The south has seen growth by the novelty of the area and improved access.  This area is still the most environmentally untouched as opposed to other areas that have been made into developments on every side.

In Guanacaste, meanwhile, entrepreneurs say the impact of the earthquake on September 5 did not affect the sector, but the mayor of Nicoya, Marco Jimenez,  requests aid for state banks give a grace period for tourism entrepreneurs.

In the Caribbean, the negative impact is strong, but especially for hotels and hostels receiving local tourism. The occupancy dropped to 20% in the off-season this year in many cases.

In most parts of the country between May and the first half of December, domestic tourism is what is pushing the tourism sector.

The industry is in transition between the two seasons and October, the lowest month, and many use it to maintain their facilities and do other work.

Well if Obama wins the real estate market will probably get a increase of buyers wanting to get out of the USA and if Romney wins more people will be willing to spend money on tourism again. Costa Rica wins either way.

Only in Costa Rica for Week of Oct 15th