Costa Rica News – Travel & Tourism business owners in Costa Rica desire that the new president of Costa Rica prioritizes the growth of the tourism sector of the Costa Rican economy by passing national policies to support them. 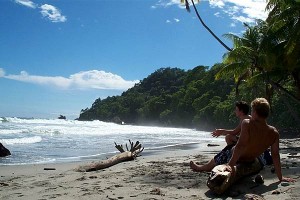 “The tourism sector of Costa Rica must re-position itself as a key activity, by being a priority in the Costa Rica national development plans, with clear guidelines that articulate public and private actions,” said the President of the National Chamber of Tourism (Canatur), Isabel Vargas.

Canatur stated that entrepreneurs had organised a gathering last October with presidential candidates as well as reps of political parties, to reveal the necessity of increased federal government dedication to tourism and also to hear their plans.

As per the vision of Canatur, travel advantages that have to be tackled over the following decade are enhancing the experience provided to its customers, ecological sustainability and “eco-efficiency” of its functions.

Business employers recognized aspects of progress including interaction with the government, controling the dollar rate of exchange, infrastructure development, a convention center, general public safety, bringing in new airlines and creating an official information system for official statistics, among others.

The Tourism sector is one of the main motors of the Costa Rican economy In 2013 it generated revenues of approximately $ 2.3 billion with the visitation of approximately 2.34 million foreign tourists. (ACAN-EFE)

Where to Watch the 2014 Super Bowl in CR