Costa Rica to Start A Fight Against Animal Cruelty

Costa Rica News – I remember one day I was sitting at the bus stop in the mountains of Escazu waiting to go to work. Not proudly I was nursing a hangover at the time and not in the best of moods.  The three other people waiting at the bus stop seemed to have the same case of the Mondays as I did. 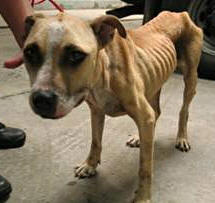 About 5 minutes before the bus arrived a stray dog walked happily by and one of the grown men at the bus stop went out of his way to kick the innocent beast. I got up and went over to the guy and kicked him. He looked shocked and did not understand as I told him in Spanish you kick an innocent animal then someone should kick you.

Believe it or not this happens on a daily basis in Costa Rica where animals are subject to cruelty, and it seems that Costa Rica is finally taking a step in the right direction to try to punish these people.

It seems only normal that any somewhat developed country would have laws in place to protect their animals. Costa Rica is not fully developed, but neither is it third-world. They are just now joining the masses of countries that put their concern for animals in writing, in the law.

The Environmental Commission of the Legislative Assembly approved the drafting of a bill made to punish those who mistreat animals. The idea is to amend a number of articles in the Penal Code and the Animal Welfare Law.

Penalties of up to three years in prison will be included. This would cover maltreatment, killing an animal with or without cause, excessively working an animal, and conducting animal fights. The law would be against breeding, hybridization, and training for the purpose of making animals more aggressive. It also calls for prison time for those who don’t provide proper care for their pets.

Well if anyone has looked around improper care of pets happens on nearly every street in Costa Rica. This is going to be an interesting law for them to enforce. Or perhaps it is just like many other pieces of legislation passed in the Costa Rican government where it is just a way for local police to supplement their incomes with bribes.

Also you have to look at the fact that even local law enforcement officers have recently been caught on tape performing acts of animal cruelty. How is the law going to be enforced if ever those that are supposed to be upholding the law are violating it?

Lawmaker Claudio Monge said the law “provides appropriate regulation to prevent cruelty and abuse against all animals.” The bill will be discussed before approval by the Assembly.

Last week, a deer and her fawn were killed at a farm near the Carara National Park. In August, 12,000 animal lovers and pets marched on Second Avenue in favor of the legislation.