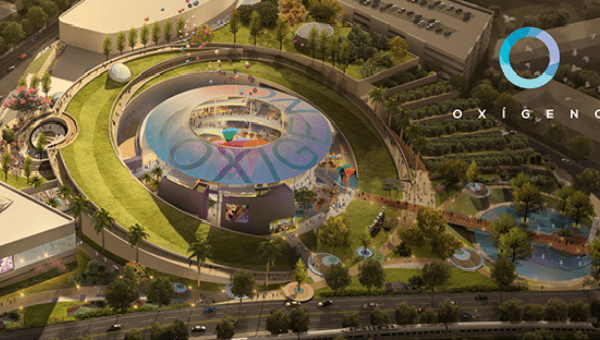 Cuestamoras, the company behind the “Oxygen” recreational and commercial space, finished construction last week and is set to open later this month. Oxygen is over 200,000 square meters large and includes exercise areas, restaurants and entertainment centers.
The facility, according to Oxygen’s Facebook page, is a “unique space where entertainment, shopping, gastronomy, shows, nightlife and nature come together.”

Cuestamoras Board President Manuel Zúñiga said the vision of the project is an “integrated, organic and vibrant community that allows its visitors to experience a peaceful lifestyle, far from hectic daily routines,” the Costa Rica Star reported.

Oxygen is also intended to foster connections with nature, which Zúñiga said is “the part of being Costa Rican which is under threat by humanity today.”

Rather than going the traditional route of placing the first stone, Cuestamoras’ investors planted Oxygen’s first tree, saying it was symbolic to place “a benchmark for sustainable development.” The site will include hundreds of species of trees native to the region.

The project will be powered by over 200 solar panels while utilizing rainwater collection and irrigation for additional resources.

The company behind the project has been actively creating other hubs of health, urban development and renewable energy in the greater San Jose metropolitan area.