Costa Rica News – If you understand Spanish or desire a dose of culture in Costa Rica, this performance may be for you.  The thought Raúl might be unfaithful leads Monica to act against her will, and that is, how she will allow Patricia, her husband’s ex-girlfriend, take away what was hers? 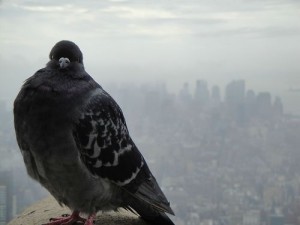 These three characters are the protagonists of the nest of pigeons , Eduardo Adrianzén, Teatro Oscar Fessler.

The play opened on Saturday, as part of the season at the Workshop Theatre. The direction of the show is Carlos Paniagua, while the performances are Ricardo Lobo, Laura and Sharon Meoño Cavallini.

The nest of pigeons addresses as familiar to any viewer. Imagine a couple, he wants to get ahead, get a better income to live comfortably. She is expecting a baby, but does not want to travel so far from the homeland, not to miss his family.

Raul’s dream takes him, as might be expected, various discussions with his wife Monica. How come she does not see that he wants the best for both? … Does he not see that we are so well? … Questions abound.

This is compounded by the appearance of Patricia, she is friends with both, lived several years in the United States and was the girlfriend of Raul. As there is no woman who can not read between the lines, Monica understands the fly, the surprise visit seeks to transcend. So will access the dreams of her husband, but he brings a regrettable consequence.

The director opted for this work by two current topics as human as one was fidelity in relationships and one’s identity.

“Infidelity is presented from a very human side, it is seeking why a person comes to these extremes. We do not claim to offer a sobering look. We want to generate a reflection from the various speeches and that everyone draw their own conclusions, “explained Paniagua.

To address the issue of identity is Patricia’s character, who returns to Costa Rica amazed first world comforts, loves U.S. food and even goes so far as to forget the Castilian and having to use English.

The director says that identifies with the protagonist, having Raul dreams of going to another country even without how.

He added that like him, the audience will identify with what happens before your eyes, as gender issues, policies against foreign foods and many others.

Another point that Paniagua believes that the public will be entertained during the nest of pigeons , is being addressed with drama and humor alike.

“You have moments like real life, where nothing is only tragedy or comedy. They are little nuances that interest me, “he concluded.

Theatre Workshop is an initiative of the National Theatre Workshop, thanks to a contest works are chosen to perform at the Oscar Fessler. The casts of these productions comprise them graduates of the institution of the Ministry of Culture.

The Nest of Pigeons

Where: Teatro Oscar Fessler, 50 meters west of the roundabout The lantern, Escalante neighborhood