Costa Rica News – Raise your hand if you are tired of Costa Rican government run entities passing on it’s inefficiencies and mismanagement onto consumers. It is one after another. 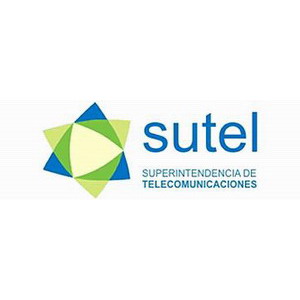 Recope somehow refines petroleum so inefficiently that it costs over $6 a gallon in Costa Rica which in turn effects all other products due to delivery costs etc…..

Oh wait it is not all going to Recope there is a tax that is supposed to go to road maintenance and yet Costa Rica has some of the worst roads in the world.  According to the International Monetary Funds’s 2014 Global Enabling Trade Report Costa Rica’s roads rank 116th out of 138 countries.

The cost of living in CostaRica continues to increase and those increases could be halted if the Costa Rican government run entities got their act together and started running things like a first world country.  They want to be like one, so why not start allowing competition into the country in these major sectors.

So now lets go into this poorly run entity SUTEL.

SUTEL explained easily is the is the agency responsible for radio frequency management, and is equivalent to the Federal Communications Commission (FCC) in the USA.

The telecommunications services (Sutel) has cost users ¢29,300 million (About $54 Million) to be maintained, since its beginning six years ago. The contributions are for taxes, market monitoring, and observing radioelectric emissions.

In 2015, ¢8.044 million must be paid in taxes alone, and this will come from customers, operators and the telecommunications providers. Sutel is the organization that sets both rates and quality requirements in the industry and monitors the performance of service operators. There is now a proposal on the table to increase their rates by 5.7% but the sector has only grown by 2.42%, so many feel that this increase is not justified.

Sutel’s operations began in 2009, after the new laws about modernization and telecommunications. Since 2010, they have been having trouble collecting the required taxes from the biggest groups on the spectrum. Only 4 out of 21 have made the payments.

Their most lucrative form of income is from fines for violating quality or coverage requirements. In 2013, they collected ¢57 million by this means, 11 times more than they got in 2012, which was ¢5 million.

They are sure good at collecting for people doing things wrong……wonder where that money went and what they did wrong with it themselves?