Costa Rica News – For a coach that has not exactly had the success that has been expected after Costa Rica’s World Cup  run under Pinto….. Wanchope is not trying to make sure his image is kept out of a negative light. 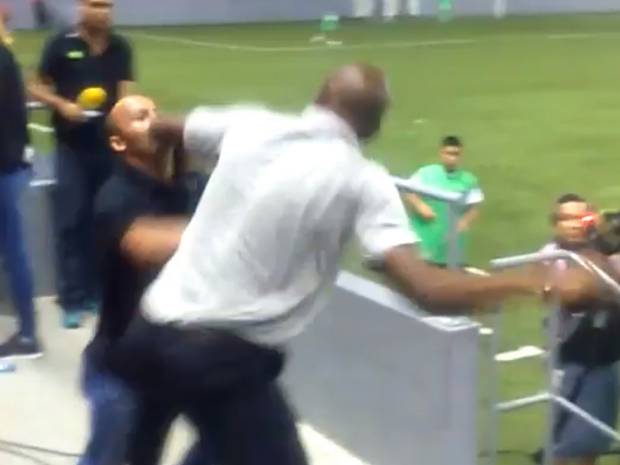 The Costa Rican soccer team coach was involved in a fight yesterday in Panama while he was watching a pre-Olympic team game. The fight happened with a member of the Maracaná Stadium private security staff.

According to a video published by TV Max Panama, once the game ended, Wanchope tried to enter the field through a small gate from the stands. A private guard stopped him and the fight started.

The guard pushed Wanchope as punches started flowing, followed by kicks. Wanchope went down to floor and the fight was stopped by the police in the stadium.  His brother, as well as Luis Gabelo Conejo and Luis Fallas, got involved to calm down Wanchope.

Several reporters and members of the Panama Soccer Federation witnessed the situation and were very concerned by Wanchope’s reaction as he is known for his good temper and normally tends to avoid conflict with the press and fans.

Ignorance is Not Lack of Knowledge