Costa Rica News – We all know that corruption, bribes, and misappropriation of funds occurs at the highest levels of government throughout the world, I would just thought that they would try to hide it better.  I know I am not the only one that can put these 2 things together, right? the worst part is they are playing both sides, the shark finners and Sir Richard Branson and the environmental groups for money now. 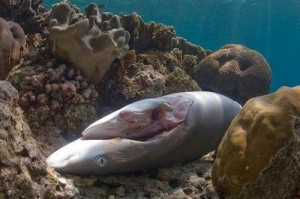 The Public Ministry is investigating whether $ 1 million that was part of a grant from the Government of Taiwan to Costa Rica for housing projects and never entered the public purse, finished Arias Foundation accounts. If it did the money is long gone by now and there will not be any accountability.

The investigation was initiated as part of a court case against the former Minister of Housing Fernando Zumbado for misappropriating  a portion of the funds donated by Taiwan.

In a second case, the prosecution investigates why, even though there is a trust agreement detailing a transfer of $ 2,488,500 from Taiwan to the Central American Bank for Economic Integration (BCIE) to run in the Housing Ministry, that the ministry only received 60% of the money.

In 2007, when Taiwan was to turn the rest of the money (about $ 1 million), as requested Zumbado, but the money did not reach the housing portfolio.

On January 15 of that year, the Arias Foundation received a donation of $ 1 million from the Government of Taiwan. That is the gift that the prosecution is investigating.

The government of Costa Rica has no desire to stop shark finning in its waters and the bill to prohibit shark finning was just smoke and mirrors to appease the tourist industry.  This $1 million was a bribe from Taiwan to continue to allow them to take shark fins from the Costa Rica waters. 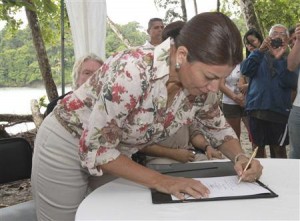 Laura Chinchilla, the hand puppet of Arias, has continued the shark fin tradition in Costa Rica.  Let’s go through the reasons Chichilla will not stop shark finning:

President Chinchilla is simply trying to appease the tourism industry by creating the illusion she is getting tough on the shark fin industry. Shark fins are big business in Costa Rica and one of the reasons there has been very little outcry from the shark fishing industry over this “decision” is because they know it will continue to be business as usual.

Sir Richard Branson is now thinking of opening his checkbook to this Costa Rica government scam. Do not fall for the lies!

Follow the money. Unfortunately it lead to our President, ex presidents. Supposedly has been laundered. Dan I am with you. It makes me sick to see Costa Rica and Nicaragua in the same bed as COMMUNIST China! I do not think anyone has any idea how dangerous it is working with the communist ideals and control over it’s 1.6 billion people in China. Now our food chain, oceans will be barren I give it about 10 more years maybe. But hey Lady Laura he friends the Arias brothers and family will have a nice villa out in some other country. Sick as sick can be!