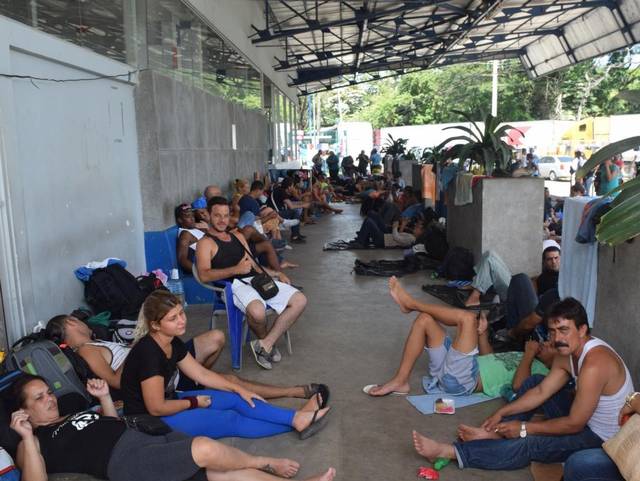 “Finding a definitive solution is not only in our hands. We need cooperation from other countries in the region,” Varela said on Friday, as quoted by The Tico Times, after meeting with his Costa Rican counterpart Luis Guillermo Solis.

Cuban migrants who are trying to get to the United States, have been forced to stay in Costa Rica and Panama after Nicaragua closed its borders in November 2015. In addition, Ecuador started demanding visas for Cubans starting from December, 2015.

Panama closed its border with Colombia in May to stop the flow of Cuban migrants through the country. Cubans who have reached US shores are allowed to stay and work legally in the United States and to apply for green cards under the 1995 amendment to the 1966 Cuban Adjustment Act.

In addition to Cubans, there are large numbers of Haitians in Panama and Costa Rica, who are also trying to get to the United States. Costa Rica’s president warned on Friday that the migrant crisis in his country and in Panama could get worse now that Haiti had been hit by Hurricane Matthew.