Costa Rica Residents Will Not Be Evicted

Costa Rica News – Residents of Manzanillo, Limon are sitting at home peacefully tonight. They had been worried by the threat of eviction, in accordance with maritime law. 20 people now have greater peace of mind. 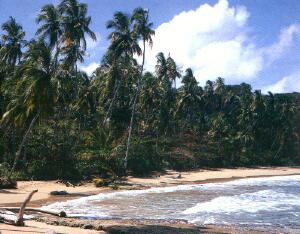 The reason is that President Laura Chinchilla signed a new law on Thursday, reducing Gandoca Manzanillo refuge by 4 percent, in order to allow the retention of people already living within its borders.

The Suerre Hotel in Punta Uva was demolished in 2011 over the same issue, so residents were rightfully concerned. They organized themselves to go to the Legislature three times a week, so that they would not lose their homes and businesses.

According to the Ministry of Environment and Energy, this new law affects the 21 cases registered in legal proceedings for violation of the Maritime Terrestrial Zone. There is, however, a “first in time, first in right” law which affects this issue because the mistake of boundaries in the village was made so many years ago.

So now, the legislation will allow the locals to obtain permits called concessions for using the land. This will be done in the Municipality of Talamanca. It’s important to note that this law will not allow big hotels to move into the refuge. It’s meant just to provide security and peace of mind to the local residents.