Costa Rica News – On 4 May 2017, the Ambassador of Costa Rica to the IAEA, HE Ms Pilar Saborío de Rocafort, deposited her country’s instrument of ratification of the Amendment to the Convention on the Physical Protection of Nuclear Material with the IAEA Director General Mr Yukiya Amano.

The Amendment obliges countries to protect nuclear facilities, as well as nuclear material in domestic use, storage and transport.

It also provides for increased international cooperation on locating and recovering stolen or smuggled nuclear material, to mitigate any radiological consequences of sabotage, and to prevent and combat related offences.

Since its entry into force on 8 May 2016 six additional countries have joined the Amendment. Currently, there are 109 Parties to the Amendment. 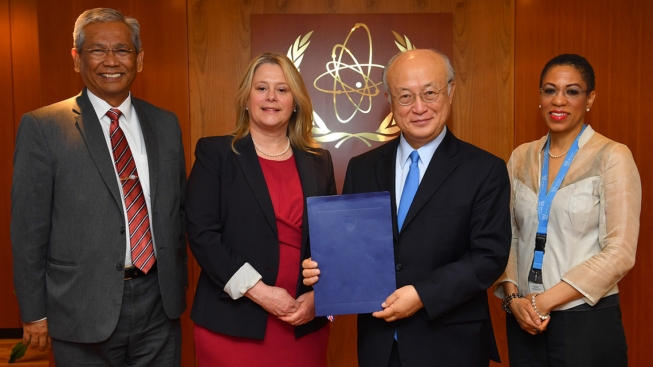 Tickets to Go To Mass in Costa Rica?