Costa Rica News – I think most of us have seen the movie The Shawshank Redemption. If you haven’t it is in my opinion and many others one of the best movies of all time.  In that movie as the new prisoners are entering the doors of Shawshank the inmates that have been there a while place bets with cigarettes on which new prisoner will be the first to cry that night. 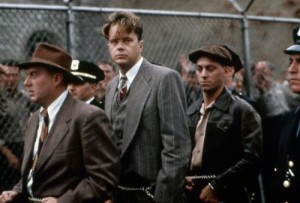 Cigarettes seem to be a form of currency in prisons. I wonder if it was effected by the rise in the value of the dollar this week? (sarcasm)

Inmates in Costa Rica were offered cigarettes as an incentive for voting in Costa Rica’s presidential election over the weekend.

There are in excess of 7,000 prisoners in Costa Rica, all of whom have the legal right to vote.

After casting their vote for the new leader of Costa Rica, 2 vice-presidents as well as members of the the Costa Rican congress, inmates were given four cigarettes.

None of the presidential prospects campaigned inside the prisons.

None of the presidential candidates received the required 40% of the vote needed to win, so a run-off vote will take place April 6. It is unknown if prisons in Costa Rica will once again provide smokes for votes.

What’s Up With the Trash in Perez Zeledon?