Costa Rica News – This past week, President Luis Guillermo Solís opened a channel for annulling vetoes by agents within the Republic, a practice which hasn’t been done in the last 32 years.

Solís arrived yesterday at the artisan market inSan José, announcing that he had declared void the veto which the then government leader, Óscar Arias issued on the 5th August 2009 for a plan to award the channel to merchants.

As such, Solís rekindled a bill which would give the craftsmen the street with the Arias foundation on one side, which was suspended for five years. 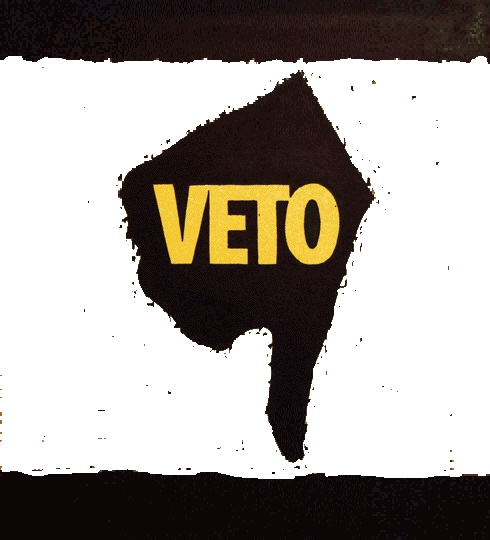 But this isn’t the only consequence of Solís’s actions.

According to the Presidency’s legal director, Marvin Carvajal, the way he nullified the veto about the initiative for the craftsmen means that Solís could potentially annul any other veto issued by any governor.

“What this shows us is that it’s possible; that it’s within the President’s capabilities”, explained Carvajal.

Civil Servants were at the forefront of the legal study which determined how valid this legal instrument really was.

Carvajal is not alone as a number of previous leaders have also supported this measure, including three previous Presidents who have evoked the right to lift a veto.

The first use was in 1966 when José Joaquín Trejos discounted a veto which would regularise litigious, administrative jurisdiction.

This was added to by an initiative on the rights of the vetoed author, by Rodrigo Carazo’s Government (1978-1982), and was then continued by Luis Alberto Monge in 1982. There was a third legal bill concerning nullification, which was passed, but Carvajal did not specify exact details.

Carlos Roverssi, ex-Minister for Communication under Laura Chinchilla’s Government affirmed that the act of lifting a veto undermines the legal security of decisions adopted by heads of state in turn.

“It’s a very dangerous decision which removes legal security from the decisions that a Government makes. This has only just started; I wouldn’t be surprised if in the next couple of days this goes to the Sala IV for discussion”, said Roverssi.

The governor vetoed four plans in total: one to give rights to Incofer employees; another was a plan relating to photocopying rights; a third to generate rights in favour of coeliac sufferers and finally, a complete reform of the Procedural Labour Code.

This last one, which was set out to speed up work-related trials, gained even more points during the Congress. The final wording of the plan, which passed in October 2012, ended by including reforms which permitted strikes in essential public service areas, such as security and health.

This situation led to Chinchilla vetoing the bill.

Prior to assuming his position on 8th May, Solís reached an agreement with the Frente Amplio party to revise the possibility of eliminating this veto.

The Governor asked for one year in order to study whether he’d be able to lift a veto or not. Yesterday’s act of removing Arias’s veto made it clear that Solís would be able to work in the same fashion with other vetoes.

It was impossible to cross-examine the President yesterday about this option. The Minister of the Presidency, Melvin Jiménez, made a conscious effort to avoid this topic of discussion. He stated, via the Presidency’s Press Office, that it was exclusively Solís’s decision.

José María Villalta, an ex-candidate and ex-representative of Frente Amplio said that they were all waiting to see if Solís would lift the veto and said that they’ve always been aware of the legal potential for him to do so.

According to the Work Minister, Víctor Morales, it is possible to apply this process to the work reform, but only if the Congress is unable to find an alternative solution.