Costa Rica Tourism News – A bill is intended to use $15 million to restructure debts of small and medium enterprises in the tourism sector. 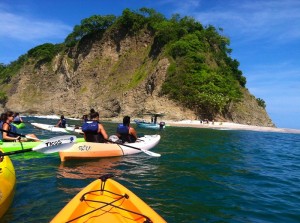 These funds would come from the Costa Rican Tourism Institute (ICT) and the System for Banking Development.

The program is to last five year program. The initiative was passed last Thursday by the Tourism Committee of the Legislative Assembly.

It was going to be voted on yesterday but then lawmakers approved the sending of a query to the institutions, which takes 8 working days, after which the debate will be held.

The aim is to help those businesses affected by the economic crisis between 2008 and 2010 by allowing them to renegotiate debts to a rate four percentage points lower than it is currently at.

Approximately 80 to 100 businesses will be aided.

BusMaps; Making it Easy to Get Around Costa Rica by Bus