Costa Rica Entertainment News – After performing tributes to stars such as Michael Jackson and iconic bands like Pink Floyd, the Philharmonic Orchestra are now setting their sights on the most popular music genre at the moment, Musica de Plancha (music to iron to). 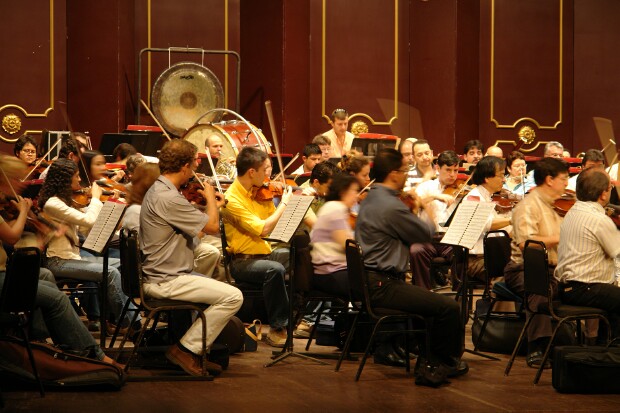 This type of music is romantic, often sappy ballads of the 1970s and 1980s.  In Latin America it is the music that housewives, housekeepers and maids listen to as they perform their chores.

Falling under this name are songs of love and heartbreak written by artists such as Yuri, Amanda Miguel, Pandora and a number of other well-known artists from the 70s and 80s.

To remember these hits from the past, the Philharmonic Orchestra will be performing a series of concerts on the 21st, 22nd and 23rd November in the Teatro Popular Melico Salazar.

Marvin Araya, Director of the Orchestra, says that he found out about this style of music only this year when they were invited to a concert at the Jazz Café. After hearing what the public thought of it, he decided to get involved.

“We liked the range of people who were coming to these concerts – they were just as popular with young people as with adults. We also really liked how the public were interacting with the musicians, and we hope this will happen in the Melico too”, he said.

The artist stated that, although he knows there will be some people who don’t want to hear this music interpreted by an orchestra, he invites all of the Philharmonic Orchestra’s fans to come and enjoy the performance, and that it will be produced to the same high level as they have always prided themselves on.

“It’s great that we’re the only orchestra to have done this. We’re not denigrating anything or anyone. We always strive for excellence. If we were only going to create something mediocre, then maybe I’d listen to that sort of criticism, but we put the same passion and care into everything we do”, he insisted.

After this concert, the Philharmonic Orchestra will be preparing to close their year with a tribute to one of the greatest Latin American artists, Juan Gabriel.

Kaps Place; Your Home Away From Home in San Jose, Costa Rica