Costa Rica News – Of the narcotics related homicides that occurred in San Jose this year, only two out of every 10 have been solved by the Judicial Investigation Organization. 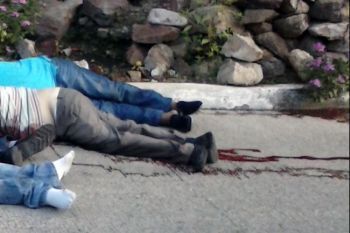 For one case there were 23 detained suspects.

From the beginning of the year to September there have been 90 drug related killings in the capital, with 18 yielding results from the Judicial Police. 33 were committed in San Jose, 18 in Desamparados 11 in Tibas, 11 in Alajuelita, four in Montes de Oca and the rest elsewhere.

The number of homicides nationwide adds up to 168 up to September. Last year we saw 190, 100 of which were in San Jose.

Many times the crimes are committed by people wearing all black, covered by helmets and on motorcycles, making it difficult to identify them. There is also the fact that witnesses are scared to talk.

One recent attack happened from someone riding a taxi carrying an AK-47. Most of the victims have drug charges on their records and the murders are thought to be related to that.

A new strategy is needed, one that combats this problem looking at it as organized crime.