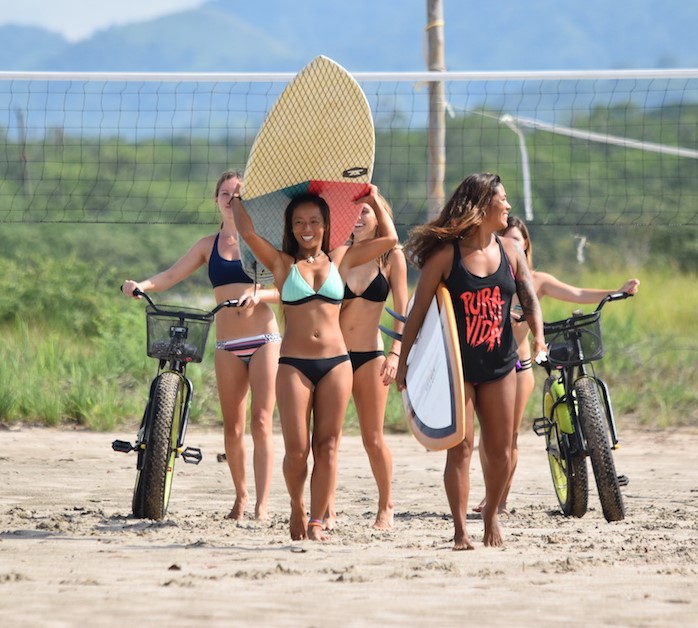 Diaz’s leadership along with the fact that she is an International Surfing Association certified instructor will add to the professional quality of surf instruction and surf tours at Witch’s Rock Surf Camp.

Diaz was a pioneer female surfer in Latin America in the early 1990s when she was not only competing, but winning against her predominantly male competitors. In 1999 Diaz became Costa Rica’s National Women’s Surf Champion, and reclaimed the title in 2015. Diaz has competed and traveled for Roxy as a lifestyle athlete for ten years, and has recently represented Costa Rica in the International Surfing Association Master’s Division ranking #5 in the world in 2011 and 2012.

Diaz’s role at Witch’s Rock will include hiring and managing surf instructors and improving the overall professional quality of surf lessons. Importantly Diaz is leading Witch’s Rock’s newly created All Women Surf Program for 2016. “It is my dream to lead a program for all female surfers. I know what it is like to be a female in the water, and I believe it is my instinct to be a teacher, mentor, and motivator. This is a program created for women, by women and managed with an all-female team.  I thank Witch’s Rock for this opportunity” Diaz stated.

Witch’s Rock Surf Camp (witchsrock.com) has been offering all inclusive surf packages for beginner, intermediate, and advanced surfers since 2001. Founder of Witch’s Rock Industries, Joe Walsh states, “In my fifteen years of running this surf camp, I never thought that I would develop a relationship with such an outstanding leader. At Witch’s Rock we have high standards of professionalism for our surf instructors, and we are passionate about helping people grow. Considering her shining accomplishments in the surf industry, we are confident that Andrea can rise to the challenge”.

Bring Forth What Is Within You

Halloween in Costa Rica; The Day of the Masquerade