Costa Rica News – From Casa Presidencial, the government of Luis Guillermo Solis is looking to reactive, as soon as possible, the deportation of Cubans who, in their eagerness to reach the United States, entered Costa Rica illegally. 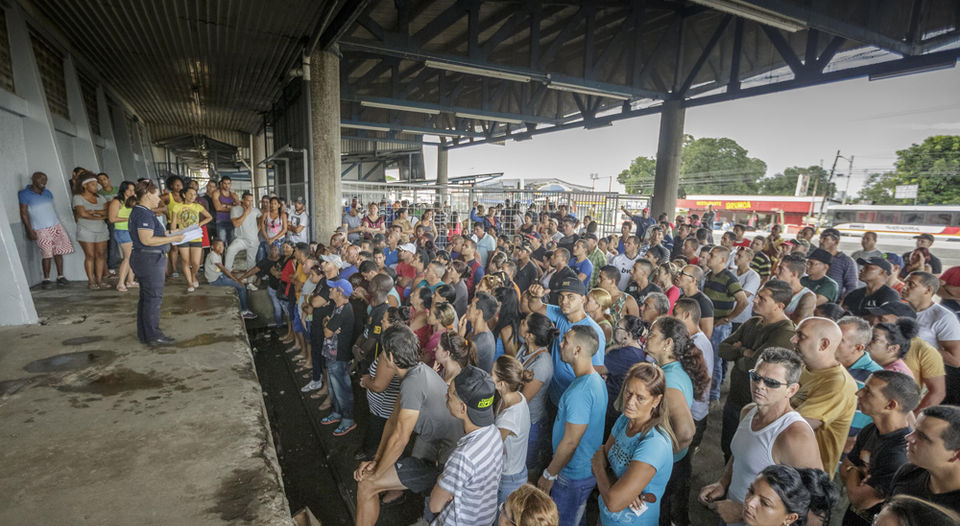 The Dirección General de Migración y Extranjería (immigration service) is said to be analyzing the possibility of signing an agreement with Cuba to expedite the removal (deportation) of the illegal migrants.

The director of immigration, Gisela Yockhen, said it would be by way of a memorandum of understanding similar to the one Panama signed with the Cuban government last month, to facilitate the exchange of information between the two countries.

“The entry and exit to Cuba, even for Cubans, has its special procedures and requirements. The agreement would be to facilitate deportation proceedings, because they go hand in hand with the documentation and identification of these people by the Cuban government. We already know the document, we are studying it and could good us to implement it,” said Yockchen.

The Brakes On Deportation
The deportations to Cuba was suspended with the ruling of the Constitutional Court in January 2016, when the Court prevented the deportation of 30 Cuban migrants, on the ground that thet would be in danger if returned to the island. The Court ordered the immigration service to send to a third country that was willing to receive them or release them.

Now, Yockchen argues that there is no reason to believe that their lives are at stake if they return to Cuba.

On December 18, 2015, the Solis government suspended handing Cuban migrants temporary transit visas, announcing any Cuban found in the country illegally would be deported.

The decision was made after a wave of Cubans arrived in Costa Rica that year, a total of 17,916 stranded in the country when Nicaragua closed its borders to migrants on their way north to the United States. Following months of uncertainty, a deal was brokered with Mexico, who accepted thousands leaving Costa Rica through a massive airlift, landing closed to the U.S. border.

At the time, the U.S. had special considerations for Cubans reaching its borders. In January of this year, President BarackObama ended the ‘wet foot, dry foot’ policy for Cuban immigrants, ending a longstanding immigration policy that allows any Cuban who makes it to U.S. soil to stay and become a legal resident.

The decision meant that Cubans are no longer allowed to stay and become legal residents if they enter U.S. illegally

Costa Rica has been for many years a way station for many Cubans, entering the country legally and illegally, in search of the ‘American Dream’.

5 Ways to Make Waking Up in the Morning Easy