Living in Costa Rica – Although I know I am stating the obvious, one of the biggest obstacles you will have to overcome when living in Costa Rica is the language barrier.  This is a tourist country and if you are in a tourist one you will most likely be able to get by on limited to no Spanish.  If you decide to put down roots in Costa Rica you will need to speak the langauge. 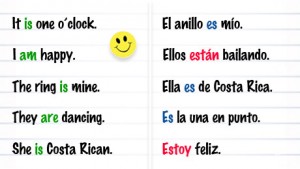 The following is Kerry La’s experience with this and I will add a little bit at the end.

What can you expect to be the hardest part about living as a foreigner in Costa Rica? Allow me to share my experience with you. While many Ticos speak at least some English, I have found that the language barrier is the hardest thing about living here for me.

Costa Rican’s who speak English are often shy about it. They are afraid that it’s not advanced enough English or that they will make a mistake. I also don’t want to sound stupid when speaking Spanish so I hesitate as they do due to being shy or afraid.

I can do everyday things in Spanish such as ordering food or asking for directions. But when it comes to social activities and maintaining friendships I have trouble with my Spanish. People will be happy to talk to you in English when you first meet them but then they expect you to learn Spanish fluently by the second or third time you hang out with them. This unrealistic expectation to learn Spanish just by living here is really difficult to deal with. There are simply too many things to learn in only a short time.

I have been living here and trying to learn Spanish for two years. Some people come for a month and take intensive classes all day. They set the standard that people should be able to grasp a language in a month! Because these are expensive classes and I work during the day, I am unable to study so intensively. Ticos seem to appreciate that I’m trying but are easily frustrated by communicating with me. – Kerry La

I am going to add a little more about the necessity of learning Spanish in Costa Rica.

Take some Spanish classes. Try speaking and make mistakes. The only way you are going to learn is by trying.

Female Sex Tourism on the Rise