Costa Rica Business -Global technology firm Akamai has unveiled a new facility in Costa Rica at its “center of excellence,” which provides customer support service for its operation across the region. This new investment confirms that Akamai is seeing greater demand for its cloud platform in Latin America. 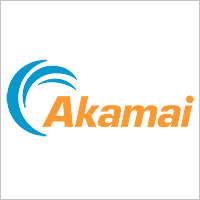 The Cambridge, Massachusetts-based internet data delivery firm launched the center four years ago with just a few dozen employees. Last year, it bolstered the operation, adding hundred more employees to its payroll. Now, following the inauguration of new office building, Akamai will likely take on 50 more employees by the end of this year.

“The center is the company’s primary headquarters for customer support in Latin America, providing local language assistance as well as serving as a critical hub for the Americas at large,” said the firm. Akamai has similar center for excellence in every continent across the globe. The Costa Rican center will be dedicated to Latin America.

Akamai says it committed to expanding in Costa Rica in response to demand for cloud infrastructure services and to tap into the growing demand for IT service in the region. The company has several clients for its cloud platform in Argentina, Brazil, Chile, Colombia, Mexico, and Peru.

Akamai manages approximately 30% of the internet traffic through its platform, which consists of more than 150,000 smart servers strategically distributed worldwide.

“Our success in Costa Rica has been the result of a great source of talent working for us in the country. They have demonstrated tremendous skill in technology and customer service, “said Daniel Coto, director of Akamai Costa Rica.

The technology firm has often stated that it is seeing a surge in internet usage in Latin America. “Key to our efforts in Latin America overall is to increase our partnerships and expand our operations to support the market opportunity in segments like e-commerce, media and entertainment, and financial services,” Akamai said in a previous press release.

Costa Rica’s service sector has been improving greatly in recent years, with more than 120 companies running operation creating about 50,000 jobs.