Costa Rica News – President Luis Guillermo Solis has inaugurated the Reventazon Hydroelectric Plant in Costa Rica’s Caribbean region, the second-biggest infrastructure work in Central America after the Panama Canal and the largest of its kind in the region. 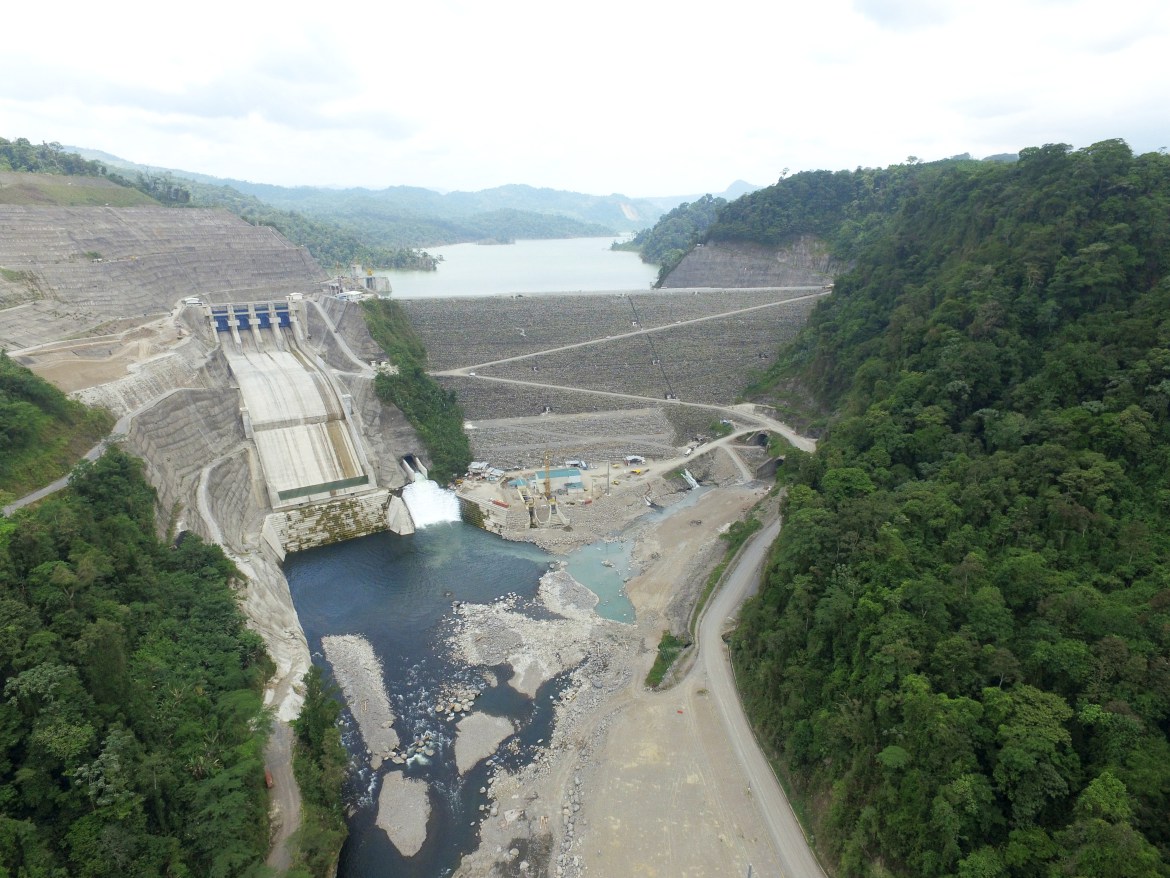 Solis toured the hydro station – located on the Reventazon River near Siquirres, a community in the eastern province of Limon – prior to Friday’s inauguration ceremony, which drew a crowd of more than 500 people.

A 305.5 MW dam that was Costa Rica’s largest-ever infrastructure project, Reventazon will feed enough electricity into the nation’s electrical grid to power 525,000 homes.

If necessary, the electricity it produces also could be exported to other Central American nations.

The $1.4 billion plant, which was completed three months ahead of schedule, was entirely built and designed by government-run electricity provider ICE and financed by local and international banks.

“It’s a source of pride today to deliver to Costa Rica the largest hydroelectric dam in Central America, managed and created with Costa Rican talent, an impressive work that positions us as a leader in socio-environmental management (…) This is what we as a country are capable of building,” ICE President Carlos Manuel Obregon said at the inauguration ceremony.

The dam is crucial to Costa Rica’s objective of maintaining electricity independence at least until 2025 and reaching its goals in terms of reducing greenhouse gas emissions, according to ICE.

Moratorium on Exploitation of Naranjo Basin in Costa Rica