Costa Rica News – Now more than ever, perpetual tourists in Costa Rica are coming under personal scrutiny and the best advice is to fly low and avoid the radar. Having a criminal record, working illegally or publishing unflattering information on the Internet can earn an expat a one way ticket back to their country of origin. 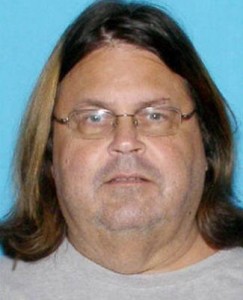 Among the recently deported undesirables is the author of the website ticaland.com. Immigration police spent several days, visiting known residences and the businesses identified as sponsors on the website. The author of the site, alias Jonsie disappeared from Costa Rica within a week of becoming a person of interest among immigration authorities. Since his departure the website dedicated to Costa Rica has switched focus to Colombia, in particular Medellín.

Those who follow the news in Costa Rica could see the writing on the wall for Jonesie, a perpetual tourist lacking authorization to live or work in Costa Rica, and just going through the motions to renew a 90 day tourist visa. Just a few months before his departure immigration officials made a big deal of apprehending and deporting Kirk Owen, a registered sex offender from the state of Florida. Owen was another perpetual tourist, living in the Pacific beach town of Jacó for many years.

In both cases, the perpetual tourist attracted attention to themselves, either with a high profile website focused on sex tourism or becoming the subject of criminal complaints in Costa Rica. Once their identities were connected to their activities, it became a simple case for immigration police. This is of course because tourists are not generally entitled to court proceedings and have little right to due process once appended. Most self deport and agree to buy their own ticket out when given the option of waiting in jail for months while immigration arranges a formal deportation process.

Expats who work, in particular for their own businesses that fail to adhere to labor regulations or with connections to the sex industry are also targets for immigration police. The old American dream of coming to Costa Rica to run a bordello is fraught with peril.

Of course the recent changes have little or no impact on genuine tourists, those who come to Costa Rica for a week or weekend. Frequent visitors occasionally receive less than the full 90 days for their tourist visa, but this has no impact on brief visits.

In the future, it is possible that Costa Rica may exclude U.S. citizens with criminal records at the airport. This is because Costa Rica is now online with a federal database that provides criminal background information to foreign governments. Anyone who has been turned around after attempting to enter Canada with a DUI conviction on their record can attest to the effectiveness of the system.

By BY D. CARO, www.latintravelvip.com

Can Science Find Its Place?

Colombian Women Strike By Saying “No” To Sex (Audio)