Costa Rica Has a Squatter Problem

Costa Rica News – Recently we had a case cross our desk about a squatter in Santa Ana.  A client of WillSpy had a squatter living at their house.  The local police would not do anything and the laws in Costa Rica were on the squatter’s side.  This same problem is now happening at a wildlife reserve in Costa Rica. 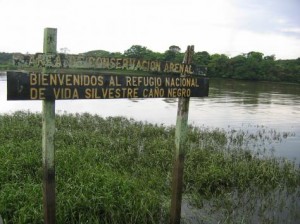 Thirty  people began setting up shacks in Caño Negro Wildlife Refuge, government owned land. This reserve is a wetland area in Los Chiles by the border of Costa Rica and Nicaragua. The squatters informed police that they moved there “out of necessity,” and that “no one can deny the right to live and work on these lands,” which is, of course, untrue.

The Caño Negro Wildlife Refuge covers 39 square miles that are home to migratory birds, especially during the rainy months of May through November. Cougars, jaguars, and monkeys also call the refuge home. The area has no public facilities. A boat is needed to get around in the refuge.

The National System of Conservation Areas (SINAC) is looking into whether the squatters may have fallen for a scam involving buying land that’s not actually for sale. SINAC officials were told by some of the illegal residents that they paid local land-grab leaders for the land they occupy. They refused to provide the names of those they paid.

A lawsuit has been filed by some of the squatters on the basis that they have lived there over a year and a half. Border Patrol police have been patrolling the area and insist that no one lived there until July 15th, when they first invasion took place, according to evidence these police claim to have.

After the police deported Nicaraguans squatters who didn’t have immigration papers, and others left due to the harsh conditions of the area, only 15 people remain. Officials can’t remove them until after the lawsuit is resolved by the Constitutional Chamber of the Supreme Court.

Once you’ve bought a property that you confirmed is truly for sale, registered the sale with the government, and 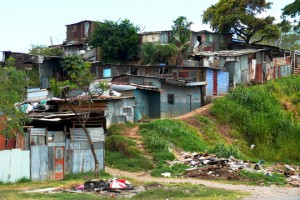 received the official title, you have avoided most mistakes. You are not in the clear yet, though. The most danger after the sale is that of squatters entering in your absence.

Did you know that squatters’ rights exist? Much of the Civil Code was written in the days of agriculture reform.  Most clauses favor the landholders but it is possible for squatters to legally gain rights to land. They must peacefully occupy non-cultivated land for a long time.

Of course, how long a squatter has lived on a piece of land is hard to prove, as they don’t pay bills or receive mail! There are also loopholes in the word “non-cultivated.” Whenever there is doubt in court the squatter is favored. Make sure to have proof in writing about your purchase date, bills paid, and evidence that you lived on the property.

If you ever have the unfortunate experience of squatters moving in (whether you are living there at the time or absent), the most important part of the Civil Code for you to know is that you must evict them in the first three months. Therefore, never completely leave your property. If you will be gone more than three months you should hire someone to care for it. Get receipts from the caretaker so that he can not become a squatter. In the first three months, simply notify the police of a squatter and they will evict them without needing to go to court.

If it has been longer than three months but less than a year you must go to court to get an “administrative eviction.” If they have been allowed to stay for over the year they automatically have legal assumption. You, as the owner, will have to start a lawsuit. It will take a long time to get them out but they will eventually be removed unless they have peacefully occupied the land for ten years without any challenge from you.

To avoid this problem altogether, avoid areas like Golfito and Pavones, known for armed and dangerous squatters. One group killed an American homeowner in ‘97. Pay a little more to be in a developed area, mark your property with your name, and don’t leave it abandoned-looking.

There Lives the Dearest Freshness