Costa Rica News – Must be nice right? I think I remember a couple of weekends ago I was able to take almost one entire day off.  But I guess running your own business is more difficult than running a country and addressing its problems.  As we enter the holiday season and the UN is asking Latin America to address the poverty that is on the rise, the Costa Rican legislature seems quite happy to just take an extremely long relaxing vacation with friends and family. 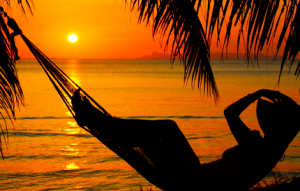 Two days after the presidential election, the lawmakers will return to work. They have given themselves 46 days of vacation, from December 23 to February 3, with a majority vote. The final session for this year will be on December 19th.

38 lawmakers voted for the break and 16 voted against it. This time off coincides with a time of intense political campaigning. Many of them will promote their respective parties, during the time they have free. Two of the lawmakers are campaigning for president themselves, Jose Maria Villalta and Justo Orozco, from the Broad Front Party and the Costa Rican Renovation Party, respectively. Surprisingly, Villalta voted against the break.

As we see the legislature is really focused on passing important laws……like increasing their vacation time.

The Citizen Action Party also voted to continue working to approve urgent bills under debate. Their presidential candidate, Luis Guillermo Solis, believes that Johnny Araya and the Libertarian Movement Party are “responsible for the abusive legislative recess, as their parties’ lawmakers approved the long vacation period.”

Many important laws must be debated with a sense of urgency, including the IVF bill that was ordered a year ago by the Inter-American Court of Human Rights. A lawmaker representing the victims’ families filed a complaint in court against all of the lawmakers for failing to implement the order. Another important one is to approve the permission for the United States to dock vessels in national territory.

The joint patrol agreement is valid through December 31st, meaning that if the lawmakers don’t re-approve the permission before their break, the maritime surveillance support will be suspended for months.

What a great job. I want to work for the Costa Rican government.

I get to barely work all year and pass laws that are not enforced. I bet the kickbacks and payoffs make the pay level pretty good as well.

The right before a Presidential election and the holidays I am go to take over a month and a half off.  After the new President is elected and the chaos of having a new person in office entails for about a month I get another month or so off.  Then right when work could start being accomplished Semana Santa and another couple of weeks off.  The way it looks the next 4 months will basically be a holiday for the Costa Rican legislature.  The worlds best job.

How to Get First Class Holiday Air Travel