Costa Rica News – Amid chaos and heavy pressure, the government has agreed to provide a transit visa to the 1,600 Cubans, among them pregnant women and children, at the Paso Canoas border, detained for days for lack of immigration documents. 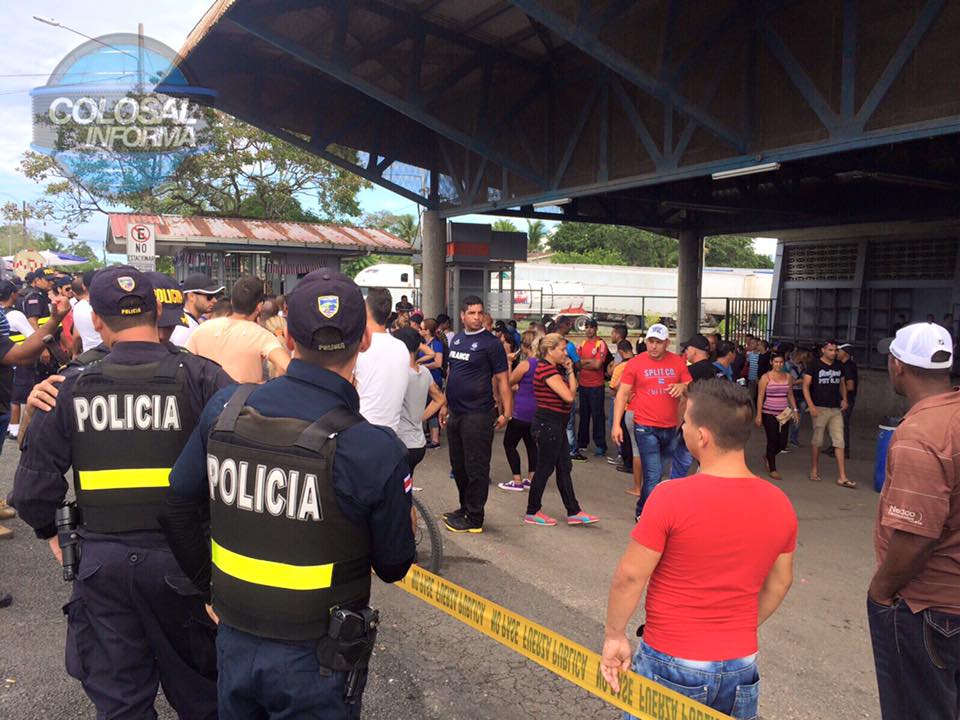 The decision was announced at 7:00pm Friday by Ministerio de Gobernación (Ministry of the Interior). The director of Immigration, Kathya Rodriguez, said Cubans are being given the temporary visas and are being accepted into neighboring Nicaragua, in the hope of making their way north through Central America to Mexico and over the border into the United States.

In the days leading up to the decision taken by the Consejo Nacional de Migración (National Immigration Council), the tension reached critical points, with hundreds of Cubans lying in the streets demanding an answer from the Costa Rican government.

The sheer number of Cubans stranded at the border point overwhelmed resources, temporarily shutting down border crossing at Paso Canoas.

Many of the Cubans had gone without food, sleeping where they could, impeding transit on the Interamericana Sur (Ruta 2).
The situation arose when on Tuesday Costa Rica dismantled a human trafficking ring that moved Cubans arriving from Panama by way of Colombia and Ecuador to Nicaragua, for travel to their final destination.

Following the police action, 200 of the some 350 Cubans stuck in Costa Rica were finally bused by the immigration service to Nicaragua, the same will be for the other 150. Meanwhile, the Cubans arriving from Panama were stopped at the border.

The government said it will be assuming the cost of travel and the lawyers to move the Cubans north to Nicaragua.

The End of the Enlightenment, the Dawn of the Illumination?

iPhone 6S and 6S Plus Have Arrived in Costa Rica